Apparently, legalizing marijuana can do wonders for the rental market.

While Washington, D.C., and New York City remain the top destinations for recent college grads, more renters are flocking to Colorado and Washington state — both of which made it legal to smoke pot starting Jan. 1. 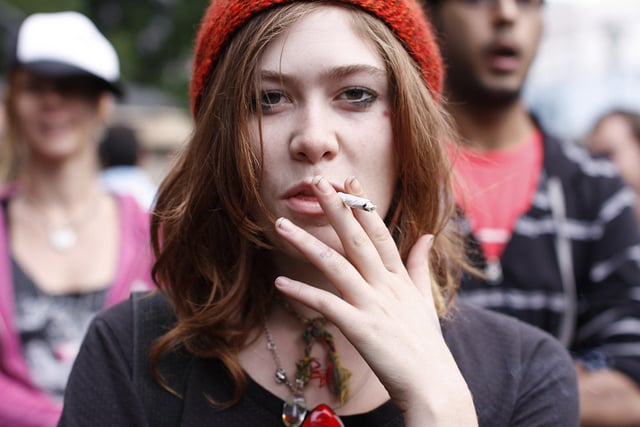 According to rental site Apartment Guide, searches for rental apartments in the dope-friendly states have seen a particular resurgence in the last five months. Properties listed in Colorado saw an increase of 26.27 percent in unique visitors between November 2013 and March 2014 compared to the same time period one year earlier, Apartment Guide reports. Washington saw an increase of 24.51 percent.

Both states bested the increase in searches across all other states, which averaged 19.5 percent.

Apartment Guide also points out other things that are drawing renters to the two states:

Quality of life: Colorado and Washington both landed on the top 10 list for states with the highest well-being in 2013, according to the Gallup-Healthways Well-Being Index. The index measures well-being based on an analysis of life evaluation, emotional health, work environment, physical health, healthy behaviors, and access to basic necessities.

Cost of living: The cost of living in both states hovers around the national average, making them relatively affordable places to live. Washington is also one of the few states with no individual income tax, while Colorado has a flat-rate tax.

Burgeoning tech scene: Denver, home to IBM, Oracle, and Lockheed Martin, boasts more tech startups per capita than any other U.S. metropolitan area. Seattle, with Amazon and Microsoft anchoring its tech scene, is one of the West Coast’s most important technology hubs.