Storm-Proof Trees Could Save Communities Millions

Following a winter filled with snow and ice storms, more city officials in the Midwest and Northeast are taking a closer look at the stability of their trees and whether some tough choices need to be made to possibly cut damage costs of future storms, reports the Associated Press. 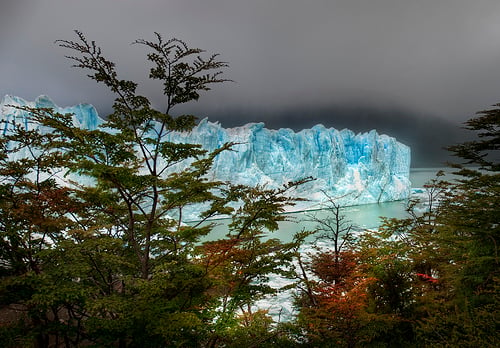 Ice layers on trees can make the weight of a limb 100 times more heavy, causing tree limbs and trunks to snap – a risk to life and property as they topple down. Losses from ice storms regularly exceed $225 million annually, and some researchers and city officials say communities and home owners may need to more carefully consider what trees decorate their landscapes.

Frank Telewski, a Michigan State biology professor and curator of Michigan State’s arboretum, is teaming up with experts in several states to study the types of trees that can withstand severe weather, such as ice storms.

"If we can do something to reduce the potential damage, it's going to be a great service to the country – make us better prepared to survive these storms," Telewski told the Associated Press.

But communities may be faced with tough decisions on whether to uproot trees that have long been a part of their community in favor of less spectacular trees that could withstand a storm.

For example, following a 2007 ice storm in Norman, Okla., city officials are encouraging less fragile ornamental trees, such as the Bradford pear. They also are telling the community to be leery of the silver maple, a popular tree among housing developers due to its rapid growth but also a tree that has earned a reputation of snapping under pressure from ice.

Instead, the city is favoring lacebark elms, bald cypress, and other types of oaks since they tend to be drought-resistant and are better known to withstanding ice. But some city officials aren’t as convinced that a tree can be storm-proof. For example, city forester Ed Casey in Springfield, Mass., says “you can have perfectly healthy trees that are structurally sound, have good strength capacity, and they can still be damaged.”

Telewski and his team believe their research will eventually show that tree species selection can make a difference, but Telewski says that pruning can also be key in helping any tree better face a storm.