As the capital city of the UK, London has seen a decade long property boom in its luxury home market but there are signs that things may be changing.

An article in The Independent highlights Battersea in London as being a good example. This area had previously seen considerable interest from Asian buyers, but now there are signs that things are different. One estate agent in the area has recorded a 10% fall in the value of luxury homes in Battersea and nearby areas in the year ending in June. This fall in value is being blamed on the strengthening Pound combined with economic volatility in the home countries of many investors. Russian buyers have been particularly hard hit as the ruble has dropped by 55% due to sanctions recently imposed after Moscow’s annexation of Crimea.

According to Knight Frank, sales of prime London homes to Russians fell to just 2.9% of the total during the first six months of this year whereas before sales to Russians that accounted for 6.7% of the total. Sales to Singapore-based buyers have halved and purchases by Chinese investors have dropped from 10.9% to 9.4%.

According to one expert who spoke to The Independent, the UK’s status as being a haven for foreign investors looking for a decent return is coming to an end and London property is no longer being seen as a good investment. Economists are predicting the prices of prime Central London property could fall by 10% to 15% and it will be easy to argue that this is long overdue. In May alone, one online estate agent recorded a 3% drop in demand for property worth in excess of £2 million. Demand for housing has fallen in 60% of prime London boroughs which include Kensington and Chelsea, and Westminster. 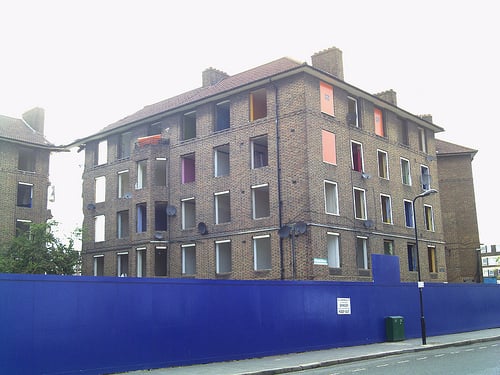 As prices in London begin to come down, it is gradually becoming more balanced in comparison with other parts of the country. The UK government recently announced it will begin to crack down on the ability of foreigners to invest cash obtained from money laundering into UK property but it’s yet to be seen if this will have any effect on cooling the real estate market.

Last month it was revealed by Transparency International that more than 36,000 properties in London are owned by offshore companies in locations where the identity of their owners is protected. This includes up to 9.3% of property in the city of Westminster alone. The revelation led to UK Prime Minister David Cameron announcing plans to publish a new Land Registry which would list foreign companies and the land they own.