Study: Friendly Neighbors are Good for the Heart

Knowing your neighbors may be good for your heart — and not just emotionally — according to a new study by psychologists at the University of Michigan. The more social connections you have in your neighborhood, the less likely you are to die from a heart attack, according to the study, which was published in the Journal of Epidemiology and Community Health. 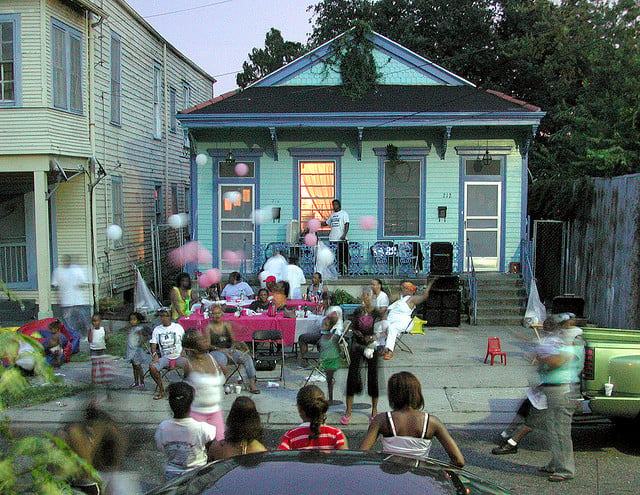 “Each unit of increase in neighborhood social cohesion was associated with a 17 percent reduced risk of heart attacks,” says lead author Eric Kim, a psychologist and doctoral student at University of Michigan. “If you compare the people who had the most versus the least neighborhood social cohesion, they had a 67 percent reduced risk of heart attack.”

Kim says that maintaining friendly neighbor relations could be good for your health because neighbors may be more likely to check in on one another and notice any potential health problems, share any health-related information, lend money, or share resources. “I also really believe in how helpful emotional support can be in buffering against toxic effects of stress,” Kim says.

While Kim’s team focused on the positive elements of a neighborhood that “might perhaps be protective or even enhancing of health,” past studies have mostly focused on how negative factors in a neighborhood — such as density of nearby fast food outlets, violence, noise, and poor air quality — can impact health. For example, a 2003 study in the American Journal of Public Health found that “boarded-up housing” often correlated to higher rates of gonorrhea in a neighborhood and premature death due to cancer or complications of diabetes.

A study from University of Pennsylvania researchers found that abandoned buildings in an area could lead to isolation and hamper social relationships and feelings of mutual trust in an area, which also could lead to poor physical health of residents who live nearby.