Surprisingly, home values in disaster-prone areas appreciate faster than others

The median price of a home in an area that’s at risk of a natural disaster such as Hurricane Florence has increased by an average of 40 percent over the last ten years, according to new data from ATTOM Data Solutions. 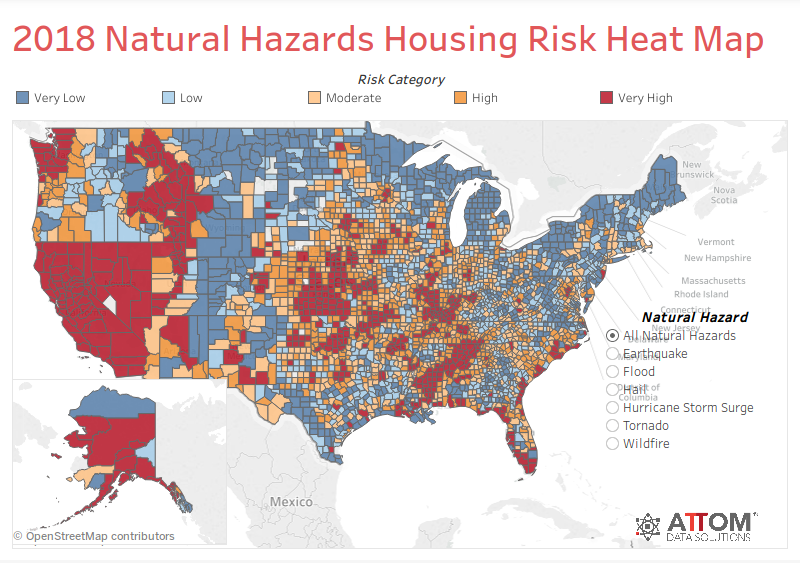 The housing industry analysis firm said that compares to an average price increase of just 24 percent for homes in areas that aren’t deemed to be at risk of natural disasters, which include earthquakes, floods, hail, hurricane storm surges, tornadoes, and wildfires.

The appreciation means that buyers pay on average, a 1 percent premium on the estimated market value of homes in at-risk areas.

The cities that are at the highest risk for natural disasters, according to the report, are Oklahoma City; San Diego; Clearlake, Calif.; San Jose, Calif.; Madera, Calif.; Riverside-San Bernardino, Calif.; Bakersfield, Calif.; Houston; Santa Cruz, Calif.; and Huntsville, Ala. If you live in these areas and other cities that are prone to extreme weather conditions, you may want to invest in impact doors and windows to protect your home.

On the other hand, the counties with the lowest risks for a natural disaster are Milwaukee; Muskegon, Mich.; Cleveland; Kenosha, Wis.; and Rochester, N.Y.