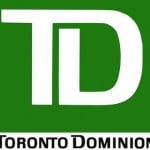 The Toronto-Dominion Bank, the second largest bank in Canada is worried Canadian house prices are overvalued by between 10% and 15%, and its chief economist thinks the government should be taking measures to slow down lending growth.

TD Bank thinks if the residential market were to somehow become unstable, then the price correction could be worse than the market crash seen in the early 90’s. Other experts think the risk is being overstated.

Latest reports have the Bank of Canada beginning to raise interest rates towards the end of this year, and small increases could cause a small price correction, but Canada's history of conservative lending is likely to help avoid any dramatic price crashes. It won't come as any surprise to hear Vancouver is considered to be at the greatest risk due to the influx of foreign buyers, as is the condo market in Toronto along with the housing markets in Montréal and Québec City. How much effect it would really have is uncertain as many foreign buyers pay for property in cash and aren't affected by any interest rate changes.

Over the last five years real estate prices in Canada have increased by an average of 28.7%, according to the most recent Knight Frank Global House Price Index, and during the same period interest rates have changed substantially. It's these longer-term statistics that are attractive to overseas buyers, alongside opportunities in Canada, and the Canadian lifestyle in general.

But there are concerns about increasing levels of household debt in Canada. This is already being monitored by the banks, and it could be that in the future the maximum amortisation period is shortened from 30 years to 25 years so householders would pay far less money for loans over the longer term.

Although the Bank of Canada is concerned about rising levels of household debt and house prices, as long as the US Federal Reserve is holding its rates down, Canada is unlikely to be able to increase its rates substantially as the Canadian dollar is already at near parity with the dollar, and strengthening it further could slow economic growth.