The $10 home that nobody wants

A $10 sales price proved to still be too much for a 101-year-old house in suburban Chicago. The low price tag was in the hopes of saving the home from being razed but no buyer has come forward. 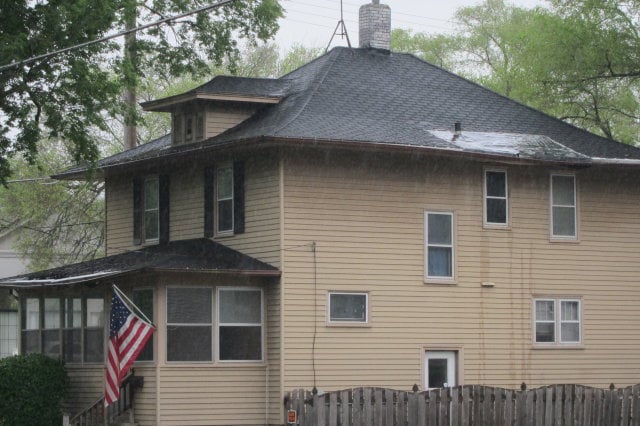 Along with the $10 price tag, the home also came with a stipulation that any buyer would have to move the home from its lot in Geneva, Ill. A townhome development is slated for its current property.

"We got two calls," David Patzelt, president of Shodeen Inc., told AOL Real Estate. He removed the $10 listing in mid-January due to lack of interest.

The home, described as an American Foursquare house, was built around 1904 and located on the edge of the city’s historic district. Shodeen purchased the home about 10 years ago with plans of developing the property in the future.

The Geneva Historic Preservation Commission ruled that the house does not qualify for historic preservation. It has several housing violations, including a cracked foundation, moldy ceilings as well as damaged plumbing, electrical wiring, siding, and heating and air conditioning.

The commission has granted Shodeen permission to raze the house, but only if the company first tried to sell it and get a buyer to move it to another location. No buyer stepped forward, however -- likely because in order to move the house and rehab it up to code would cost about $450,000, AOL Real Estate reports.