Aladdin’s friend Genie granted his wishes. Smart speakers aren’t on the level of Genie, but they can do some amazing things: turn on your alarm, answer your questions about the weather, adjust your thermostat, play music from your phone, and much more besides that.

Yet, to the neophyte, the smart speaker market is muddled. The Amazon Echo Dot is $40, but some speakers (even some of Amazon’s) cost hundreds. Here's an analysis of three notable smart speakers on the market. 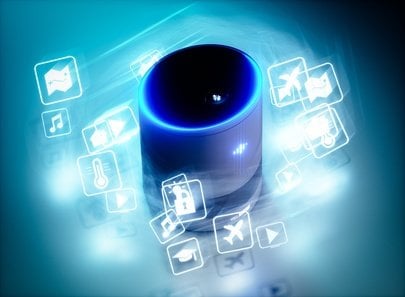 As mentioned earlier, the Amazon Echo Dot is only $40. It’s also small and doesn’t take up much space. Perhaps most importantly, Amazon was the pioneer in the smart speaker field, so they have most third-party skills. These are partnerships with certain apps, that allow Alexa to do marvelous tasks such as: unlock your car, get directions for mixing a drink or call Lyft.

Think of these third-party skills as you would think of apps on your phone. Exclusive apps are a big selling point, and that’s why people love Alexa. That being said, Google is aggressively catching up with Amazon in this arena.

Google’s mission statement is to “organize the world’s information and make it universally accessible and useful.” The Google Home Mini would make this mission statement proud: it’s the cleverest home speaker. In other words, it excels at answering difficult questions. It’s able to do this because it leverages Google’s massive search database and context in a way its rivals cannot. For instance, let’s say you ask it who plays Katniss Everdeen. Google will impart the correct answer of Jennifer Lawrence. Then, your next question is, “What else is she in?” Google will use context from your last question to know you’re still talking about Jennifer Lawrence, even though you never directly mentioned her name.

It’s this adroitness that makes Google devices the shrewdest on the market when it comes to answering questions. Also, Google Assistant is quite brilliant when it comes to imparting information about recipes. Google makes it easy to repeat a previous ingredient or skip ahead to the next step. Obviously, this is a handy feature for chefs or people that enjoy cooking. Of course, answering questions is a tremendous skill, but it’s not everything. Alexa still works with more smart home devices, connects with more smart speakers, and has more third-party skills than Google.

At the end of the day, smart speakers are speakers. They’re supposed to amplify music, to make it sound fantastic. Apple nailed that with their Homepod offering. The Apple Homepod makes all genres of music sound amazing. It also adapts its sound to the room that you're in. Apple hired engineers that were able to generate futuristic technology that makes it sound like you’re in an “infinite cave.”

However, Apple’s speaker is more expensive than the competition, and it only plays songs from Apple Music. If you download your own music (say you like instrumental songs from TV shows or Japanese music that’s not available via Apple Music), then you can’t easily play those songs via Homepod.

Amazon, Google, and Apple all have amazing speakers. Also, technology is advancing rapidly in this field. Yet, in terms of pure wish-granting power, these speakers still can’t hold a candle to Genie. Which speaker sounds the most appealing to you?