The Amazon Effect on House Prices

The Amazon Effect on House Prices across the US

Saying Amazon is a powerful company is a pretty strong understatement. It took the world by storm, and it made Bezos one of the richest men in the world. And just like any leviathan, it often doesn’t even notice the effects it has on its surroundings.

Usually, the Amazon effect refers to the influence that online e-commerce companies (especially Amazon itself) have on regular, traditional businesses. Brick and mortar shops and local businesses are heavily affected by changes in shipping patterns, customer standards, and by a new layer of competition. However, in this article, we will be dealing with the effect Amazon itself has on housing prices across the United States.

Roughly a year and a half ago Amazon announced its new plans. Its project was focused on building two new headquarters, one found in NYC, the other in Virginia. The so-called HQ2 project, however, did not materialize as far as New York City is concerned. This left us with Virginia as the home of HQ2. The difference between these two areas, the fact that they went with the region surrounding Arlington, Va. is important for this analysis.

Namely, in New York, housing prices have fallen, and have been falling, from the moment Amazon backed out of its plans. Virginia prices, however, are rising. Shortly following Amazon’s announcement, home prices in Virginia rose by roughly 21%, while New York prices stayed consistent.

Any first-time buyer needs to have a good understanding of their local market and average property prices, that way you can buy at a good time. For example, in Arlington Country, the median listing price was roughly $850,000 in October last year, which is a 33% increase from the year before that. On the other hand, potential Manhattan residents will have noticed a 17% decrease in prices, falling down to a median average of $999,950.

This was not, of course, met without criticism. Protests and advocates for affordable housing were vehemently against Amazon opening up its new HQ. They were worried that people won’t be able to find an affordable place to live, using Seattle as a warning. Namely, home prices in Seattle have increased by 73% over the last six years from the moment Amazon announced its plans.

This all comes with the price Amazon requires to even open its headquarters in your area. Amazon received a lot of subsidies and tax incentives from governments, state and local. For its supposed Long Island City location in New York State, there was talk of Amazon receiving $1.2 billion in tax credits. However, the obligation Amazon had was to get 25,000 new jobs in New York State in ten years. There was also talk of Amazon getting a $505 million capital grant. Still, to be fair to Amazon, the regions it was considering weren’t only in the running because of offered tax breaks. Rather, they were there because of the presence of talent and proper infrastructure. There is also the point on just how expensive the cost of living in NY can be.

An increase in demand for housing

The HQ2 announcement also led to a strong increase in sales. Both New York and Virginia reported an uptick in home sales. Investors were keen to purchase property hoping to benefit from capital growth, and HQ2 employees (i.e. those hoping to be HQ2 employees) looked to secure rentals in the area.

This has, of course, also led to a serious shortage in housing. Namely, the number of homes in Northern Virginia that are for sale has dropped by more than 25% in the last 18 months. Homes are also selling in three quarters of the time it took before.

A spokeswoman speaking for Amazon in relation to the effect the new headquarters might have on home prices, claimed that this was all nothing but hypotheticals. She also claimed that what happened to Arlington was driven and run by speculative buyers and sellers, and that there is indeed no correlation between Amazon and the prices that jumped in Seattle and Arlington.

However, it is not just in the US that Amazon is affecting house prices. Amazon plans to boost its Vancouver workforce five-fold to 5000 by 2022, with local realtors stating that the 'Amazon effect' could create more pressure in an already strained housing market. Furthermore, Amazon recently created 600 jobs in Toronto with a new fulfillment centre in Scarborough, and the property experts at Buttonwood, recently shared an analysis which showed the average selling price has risen 12% to $839,363 over the last year.

Amazon brings with it thousands of job opportunities

Of course, there are benefits to this as well. A big part of home ownership is making sure that the home is right for you. It also means living in a place where jobs are on the rise, and where money can be found.

Amazon brings with itself tens of thousands of job opportunities. Current homeowners will definitely reap the benefits that can be gained from Amazon’s arrival, getting a serious boost. Developers, builders, investors, they all might see substantial increases in finances, and in work. However, people looking for affordable housing might not be as lucky.

There are also theories that this type of increase in prices might not be an issue in less competitive cities – Columbus, Ohio; Raleigh, NC; Indianapolis, Pittsburgh… Markets like these can leave enough room for affordability,

Of course, the previous point is rather economically philosophical – will less competitive markets be able to handle the need for new housing? Will its markets prosper or get stronger? It is perhaps a matter of luck, or perhaps the capability of the construction companies and builders in this area.  The Amazon effect on housing can lead to a much greater demand for rentals and sales. Things might actually balance out, depending on how many people Amazon can attract to a single area.

A matter of endurance

A stronger, hardier, and more numerous tax base, greater in-migration, new employers and employees might await a city facing the Amazon effect.

One must also consider the choices Amazon itself will make. Moving to a city where there is a poor supply of homes, where rent is already problematic and cannot match what Amazon offers, all of these will be closely evaluated and analyzed by their teams. It’s implied that if Bezos’ people chose a certain city, they probably believe it can handle it.

There are places, like Nashville Tennessee and Austin Texas that are right there in the middle. Their home prices will of course increase. However, the level of projected influx of migration and new people might help them handle this issue. Their markets are at a sweet spot where they can handle and support this kind of growth, without being overwhelmed, and without going bankrupt.

Of course, another strong consideration is a willingness of a certain area to invest in its infrastructure and to see how growth in this manner will occur. Texas markets, for example, are rather friendly to this type of development.

Does the Amazon Effect on House Prices Affect You?

Saying there are no benefits from Amazon coming to your town is doing it a disservice. However, ignoring the real disadvantages, like those directed towards the housing market, is being naïve, at best. More jobs are accompanied by soaring housing costs, and reaching the middle ground is not easy. 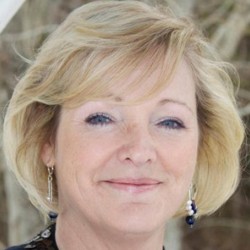 Anita Clark
Anita Clark is a Warner Robins Real Estate Agent helping buyers and sellers in middle Georgia with all of their home buying or selling needs.Whether she is selling new construction homes, assisting first-time buyers, or helping military relocating to Houston County, she always puts her customers needs first.