Palm Springs Modern Committee was recently able to announce that they have been honored by the American Institute of Architecture, and have been awarded the 2013 AIA Institute Honors for Collaborative Achievement Award. 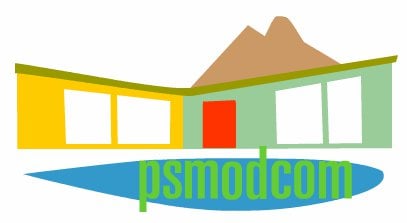 The committee was honored for its contributions to the field of architecture earlier this year. The awards were presented at the National AIA Conference in Denver, Colorado. Barbara Cain, a Palm Springs Modern Board member accepted the honor on behalf of the Committee.

The Palm Springs Modern Committee was founded in 1999 as a volunteer non-profit, membership-based organization. Since it began, it has dedicated itself to the preservation and appreciation of Desert Modern design and architecture. Over the years the organization has matured and its membership has grown allowing it to achieve real success in community education. It has since become a model for other organizations throughout America who are looking to protect modern architecture.

The committee achieves its aims through promoting educational programs and architectural tourism, advocacy for threatened buildings, and by celebrating the successful reuse and preservation of buildings. In addition the Palm Springs Modern Committee has developed a number of programs and products to help educate the public about the benefits of preservation, and about mid-century architecture. If the Palm Springs Modern Committee had never been conceived then Palm Springs would not be such a mecca of modernism. Nowadays modernism is promoted by the City of Palm Springs to help build the tourism industry.

The AIA, when honoring Palm Springs Modern Committee pointed out a number of ways that the organization has contributed towards the advancement of architecture through the use of research and education, and through the use of institutional and non-institutional programs designed to raise public awareness. These programs have included the creation of a new website, which combined with the use of social media and newsletters now reaches more than 5,000 people every month.

The Annual Preservation Awards celebrates individuals who have contributed to particular preservation projects and lifetime achievements. Educational projects have included public library exhibits, a multimedia kiosk at the Visitor Center, and a high school scholarship program. The Committee is also a founding member of Modernism Week, an event that brings in more than 40,000 participants and which has an economic impact of over $12 million.

The Palm Springs Modern Committee is a non-profit organization dedicated to the preservation and appreciation of Desert Modern design and architecture. More information can be found on their website.