The impact of immigrants on U.S. housing markets

No matter what your stance is on immigration to the United States, there's no doubt the flow of people is having a big impact on the nation's housing markets. 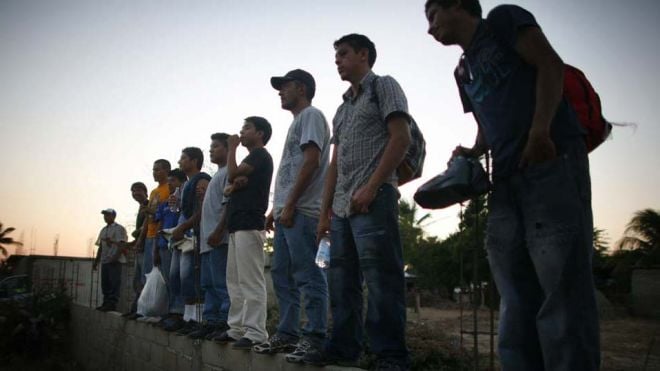 In a new survey of over 100 housing experts, a large majority of respondents said the continued decline of undocumented immigration in the U.S. will drive up construction labor costs in the country.

Zillow's Home Price Expectations (ZHPE) Survey said that the number of immigrants in the U.S. who entered the country illegally has remained flat for more than five years, citing data from the Pew Hispanic Center. The undocumented Mexican immigrant population in the United States, in particular, is now 20 percent smaller than it was in 2007.

The quarterly ZHPE survey, carried out on Zillow's behalf by Pulsenomics LLCi, asked more than 100 housing experts about their expectations for the housing market. Of those, 85 answered a question about how immigration might affect the housing market.

Immigration is an ongoing national debate, and one that's sure to be part of the 2016 presidential race. For that reason, Zillow looked at how this issue would impact housing. Respondents said they think fewer immigrants entering the country illegally will translate to higher housing costs and more luxury home construction:

"While housing policy hasn't been a big talking point thus far in this election cycle, immigration policy certainly has, and immigration plays a big role in housing," said Zillow Chief Economist Dr. Svenja Gudell. "The supply of homes for sale isn't keeping up with demand – especially among entry-level homes that first-time buyers want. New-home construction has been sluggish, and homes that are getting built are aimed at a higher-end clientele. If builders hire relatively more expensive U.S.-born workers, they may continue to focus on the more profitable higher end of the market."

Single-family home construction has declined over the past decade. More than half of the experts in the November ZHPE survey said the decline in single-family construction can be attributed to high labor costs and a lack of skilled workers.