The most affordable cities for millenial home buyers

We've already established that millenials have to wait longer than anyone else to save up for a down payment on a home, but there's good news for younger generations who can't wait that long to grab the keys to their first home. 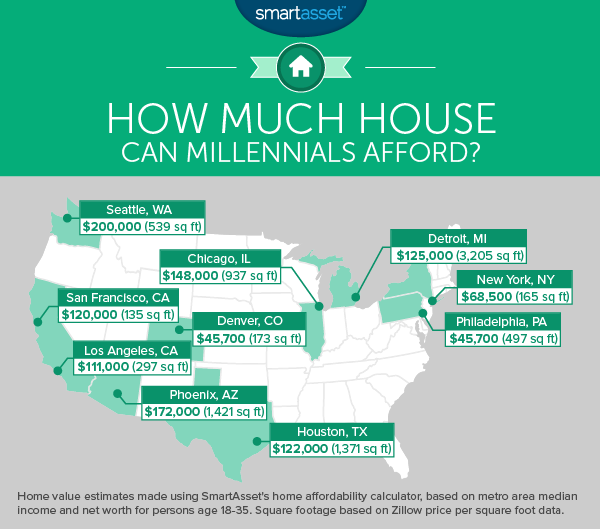 For millennials who're desperate to buy, they'd be able to do so much sooner if they look to the Midwest or the South, two areas that are significantly more affordable than either the East or the West coast of the U.S.

A new study from SmartAsset confirms that, revealing that the average home in the Midwest and the South is considerably more affordable than anywhere else. Indeed, homes in both areas would be affordable to the average millennial currently residing in the 23 largest cities in the U.S. SmartAsset looked at data including real estate costs, median incomes and median net worth for Americans aged under 35 to come up with its findings.

The following infographic from SmartAsset reveals exactly how much home millenials can afford in the country's largest metro areas. 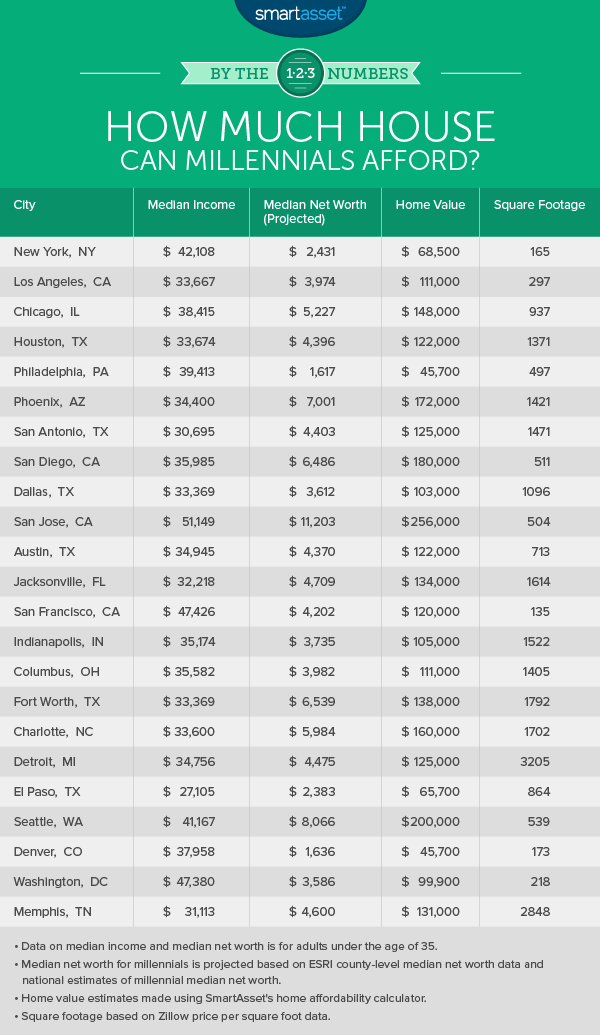