Will Santa even fuel up the sled this Christmas? News from around the world, whether anyone in the US wants to admit it, impacts Americans' livelihoods. That central fact, however unpleasant, was accentuated and multiplied when Bill Clinton signed into law the NAFTA agreement. Make no mistake, the course President George H. W. Bush set in motion, and his son George W. Bush continued, affect every aspect of life in American and the world now. Today, all workers should give thanks to those who have made their lives better.

There are fewer jobs in America for one reason. America just does not make much anymore. A country can only support itself on hamburgers and French fries for so long. Your 40 hour week at McDonalds or Burger King, just to head over to Walmart or Family Dollar, just does not make sense any more. Where did all the jobs go? First to Mexico, and then something monumental happened - once the free trade door was open, that is. Bill Clinton's Presidency saw the formation of what is known today as, the World Trade Oranization (WTO). With this, relations with China and the far East supposedly "normalized." They normalized, all right.

Have you ever heard the term "good cop, bad cop routine?" Think about the last 20 years in simplistic terms, just for a minute. Ronald Reagan builds a 600 ship navy, Star Wars, massive defense buildup - the Soviet Union says FO and retracts, unable to pay the bills. George Bush the senior takes over - the beginnings of NAFTA, all set to be signed, Iraq I, more big business shenanigans. Then, Bill Clinton rides in out of nowhere, eliminates a trillion dollar deficit, signs NAFTA, helps promote WTO, ushers in Bush II. We witnessed it all.

Today, the EU is all but collapsing. German and Austrian banks constricting, Hungary is now in deep trouble, Romania, Bulgaria, even Italy on the brink of economic disaster - America sits, hamstrung by Wall Street buffoonery or outright crime. In September, Bill Clinton goes on the record proclaiming; "The American Dream is Under Assault!" Is it really now, Bill? This video from Yahoo! shows Clinton "redirecting" your attention to Corporation structures and "alludes to" globalization aspects affecting America's dream. Affecting. Clinton skillfully slips out of the noose by suggesting "intermediate" level jobs were lost to "technology" and "the globalized economy" - not that millions of manufacturing jobs were lost to China.

And there you have it. Good cops and bad cops ranking the chains - and you - maybe without a turkey today. The American Dream is about more than a turkey for Thanksgiving - it's about everyone having a turkey EVERY Thanksgiving. This article by Robert E. Scott of the Economic Policy Institute back in 2000, pretty much sums up the idea that these leaders knew what could/would happen when they made these policies. Clinton became the evangelist for China's entry into the WTO - accommodating every need necessary for millions of jobs to head east.

George W. Bush's first foreign visit after leaving office was not to Austria, not South of the border there in Texas - to ole Mehico, it was to China. George's Dad, George H.W. Bush, who was also head of the CIA, was made Envoy to China by Nixon's successor, President Gerald Ford. Interestingly, Donald Rumsfeld, Secretary of Defense for the junior Bush, was Ford's Chief of Staff. But, all these are coincidences. 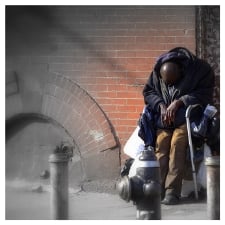 Who do you have to thank for your current predicament? Some would say, yourselves. Since Americans voted for and supported all the policy decisions of elected officials. But in reality, it is these officials who betrayed the trust. What Washington has done, is doing, to your American Dream is the same thing as malpractice by a doctor.

If you think about it, these people should be as accountable. Somehow, not very many ever seem to be. Anyway, I was just thinking about a bunch of fellow Americans, some people in Hungary even, who might like to know who to thank.