This year's hurricane season could cost even more, report finds

Hurricane season is upon us once again, and experts are warning that this year’s storms could create even higher reconstruction costs than the last. 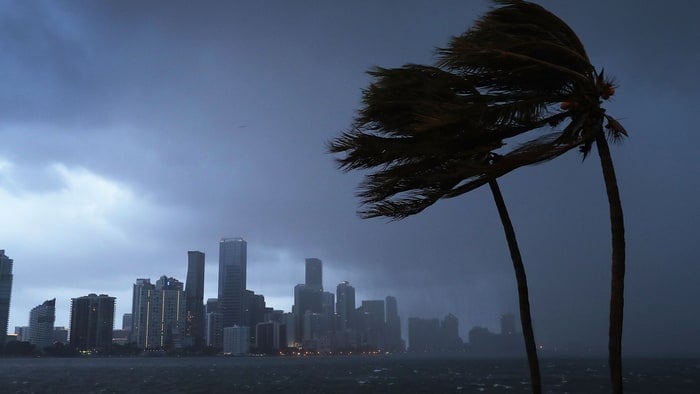 The U.S. was hammered by two major hurricanes within a week last year, with Hurricane Irma smashing into Florida and Hurricane Harvey bringing unprecedented destruction to Texas. Puerto Rico suffered its own misery too, with Hurricane Maria wreaking havoc on the island and leaving many of its residents without homes or power.

Puerto Rico is in fact still recovering from Maria, and new information about the storm continues to emerge. For example, while the official death toll was listed at 64, a new Harvard study published last week claims the real figure could be as much as 5,000.

President Donald Trump defended the FEMA’s response to that crisis, but volunteer nurses who visited the island in the wake of the storm said some residents were “left to die” due to a response that “failed its own American citizens”.

And now this year’s hurricane season is already upon us, with subtropical storm Alberto already sweeping across Florida all the way up to Chicago, killing two and leaving one person missing.

A new Storm Surge Report from CoreLogic says that 6.9 million homes along the Atlantic and Gulf coasts are at risk from hurricanes this year. CoreLogic said that if this many homes are damaged, it could cause damage up to $1.6 trillion.

CoreLogic’s analysis examined the risk from hurricane storm surges for homes in 19 states, categorizing them according to five risk levels:

The figures stated in CoreLogic’s report represent the cost of completely rebuilding the property in case of damage, which includes labor and materials.

“While industry predictions for this year’s storm season indicate average activity levels, associated storm surge risk remains an important consideration for residential and commercial properties in the 19 states analyzed,” CoreLogic Senior Hazard Scientist Tom Jeffery said. “Depending on the location of a storm’s landfall and that area’s population density and reconstruction costs, lower category storms can cause just as much damage as storms in higher categories.”