Tom Cruise's luxury UK mansion up for sale at $7.4M

Hollywood superstar Tom Cruise is said to be trying to sell his luxury U.K. mansion for a whopping $7.4 million. Variety Magazine had the exclusive, reporting that Cruise and ex-wife Katie Holmes first bought the property back in 2006 for approximately $4.75 million. 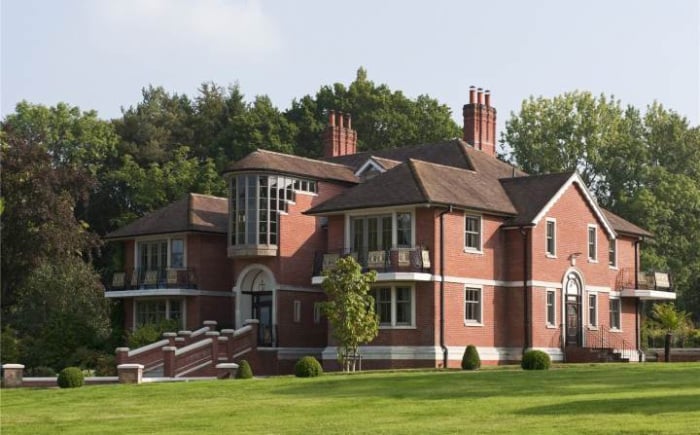 The former Top Gun actor's countryside estate in West Sussex, Southern England, has been listed at just under £5 million, Variety reports. The property boasts “five to six bedrooms and five full-sized and three half-sized bathrooms”. The property sits on 14.2 acres of land.

Cruise, who was previously married to Nicole Kidman before divorcing and marrying Katie, made the decision to sell his home just three months after he sold another property – his estate in Hollywood Hills – for a cool $11.4 million.

In the case of Cruise's U.K. property, whoever takes it off his hands will be in for quite a treat. The stunning home boasts incredible views of the nearby city, and comes complete with a massive paved outdoor terrace. It also possesses three luxurious bedrooms, each with its own en suite bathroom and high ceilings. Finally, there's a wonderful farmhouse-style kitchen complete with white butler sink and a ton of storage space.

Included with the estate there's also an enormous guest house with four bedrooms, four bathrooms and a kitchen. There's also a large outdoor pool for residents to enjoy, a luxury spa, a wine cellar and tasting room.

In addition, 53-year old Cruise also recently listed his home in Colorado that he purchased back in the 1990s when still married to Nicole. He's asking for $59 million for the property, which he says he no longer uses.