Typical investor magnets like San Francisco, New York City, Boston, and Seattle are getting new competition from some rapidly growing markets that are set to emerge as investors top choices in the year ahead. 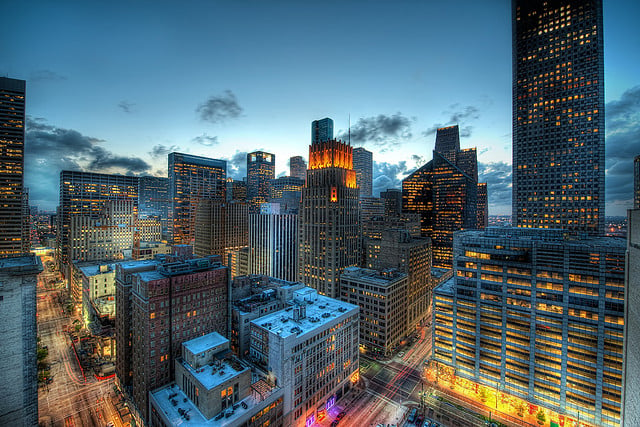 Other markets are stepping in as the ones to watch for 2015, according to Emerging Trends in Real Estate 2015, a report co-published by PwC US and the Urban Land Institute. The report is based on a survey of more than 1,000 leading real estate experts, including investors, fund managers, developers, property companies, lenders, brokers, advisers, and consultants.

Houston and Austin edged out San Francisco for the top spots this year, proving to be the top picks for real estate prospects in 2015. Charlotte, N.C., nabbed a seventh place spot on the ranking list, edging out Seattle and Boston; while Nashville, ranked No. 14, topped Manhattan.

“Investors are looking closely at opportunities beyond the core markets,” says ULI Global Chief Executive Officer Patrick L. Phillips. “These cities are positioning themselves as highly competitive, in terms of livability, employment offerings, and recreational and cultural amenities,”

The report ranked the following five markets as the ones “to watch in 2015”, based on survey respondents and their outlook on each market:

Houston: “Investors believe that the energy industry will continue to drive market growth and that will support real estate activity in 2015,” the report notes. “Houston was ranked number one in both investment and development expectations for next year; housing market expectations are ranked number two.”

Austin: “Interviewees like the industrial base, the appeal to the millennial generation, and the lower cost of doing business in Austin,” the report notes. “The market was a top choice for both the office sector and the single-family housing sector and the number two ranked market for retail.”

San Francisco: Falling from its No. 1 spot last year, survey participants note the city is still poised for growth but other cities are catching up. “The strong local economy and improved domestic and international travel have made San Francisco the number one choice for hotel investment in 2015,” the report notes. “Respondents ranked the office market number three and the retail market number four.”

Denver: Proving to be one of the most popular markets with the millennial generation, “Denver’s industry exposure to the technology and energy industries has also attracted investor interest,” according to the report. “The results of the survey put Denver retail at number five and office at number six.”

Dallas/Fort Worth: “The market continues to be attractive to real estate investors because of its strong job growth, which benefits from the low cost of living and doing business,” according to the report. “Single-family housing in the market is the highest ranked property sector – and it also has the highest ranked industrial sector (number four) among the top five markets from this year’s survey.”