With the real estate industry entering peak buying season, potential house shoppers are beginning to make lists of essential features a home must have, as well as list of nice-to-haves and cannot-haves. 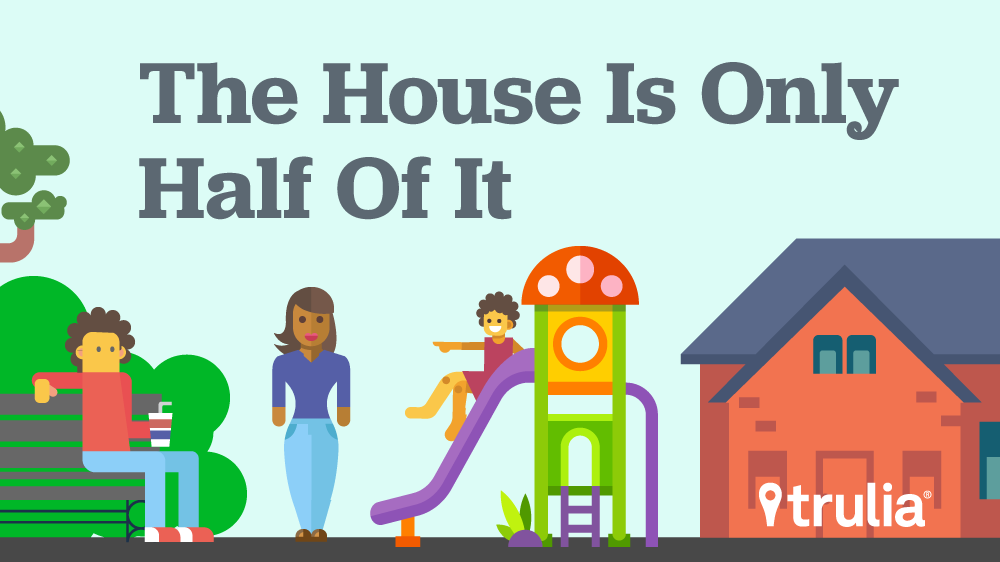 For many buyers, must-haves include things like a second bathroom or a larger back yard, but in many cases their desires go beyond the four walls to include other things, including access to good schools, low crime rates and close proximity to eating and shopping facilities.

In fact, a new survey from listings portal Trulia.com highlights just how important the local community is for buyers hunting for a new home.

“It’s also about finding the ideal neighbors, streets and lifestyle that suit you best – like feeling safe walking your dog, or sending the kids to a great school, or walking to restaurants and entertainment,” Trulia concludes of its survey. “These are all dimensions that play a huge role in deciding on the right home.”

Trulia’s survey, and the following infographic, reveal that many buyers actually put more weight on the neighborhood they’re moving into than the home itself, and are willing to sacrifice a lot of “nice-to-haves” in their home if it means finding an idyllic community to live in. Most likely there’s a sense among buyers that whatever the property lacks, they can add it in themselves later, but it’s not nearly that easy to renovate an entire community!

As such, it probably shouldn’t come as a surprise to see that almost five in six Americans (84 percent) rate the neighborhood they live in as being equally or more important than the home they buy. More telling is that one in three respondents said they’d be willing to live in a smaller home if it was in the right neighborhood. However, price remains a consideration with 50 percent saying they would not pay above listing price in order to live in an ideal community. However, 57 percent said they were willing to pay above the list price if it meant living close to a good school. 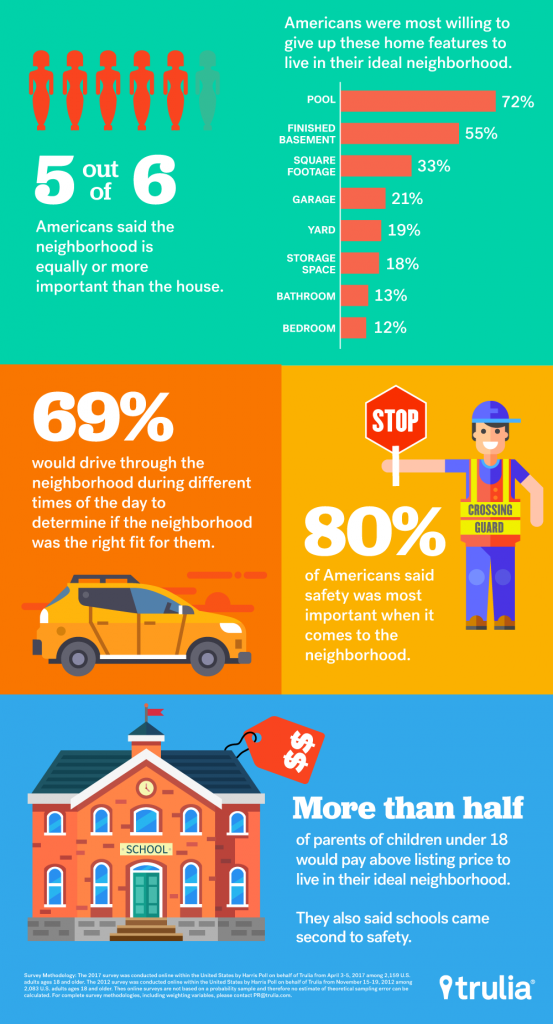 Alongside the release of its survey, Trulia has also launched a new TV and digital advertising campaign called “The House is Only Half of It” to highlight the importance of choosing an ideal neighborhood to live.