Trulia offers 3 predictions for housing in 2016

The experts over at Trulia are the latest to jump in with their predictions for 2016, and given their expertise at this kind of stuff, they're probably worth listening to. Here's whats likely to happen in the housing market next year: 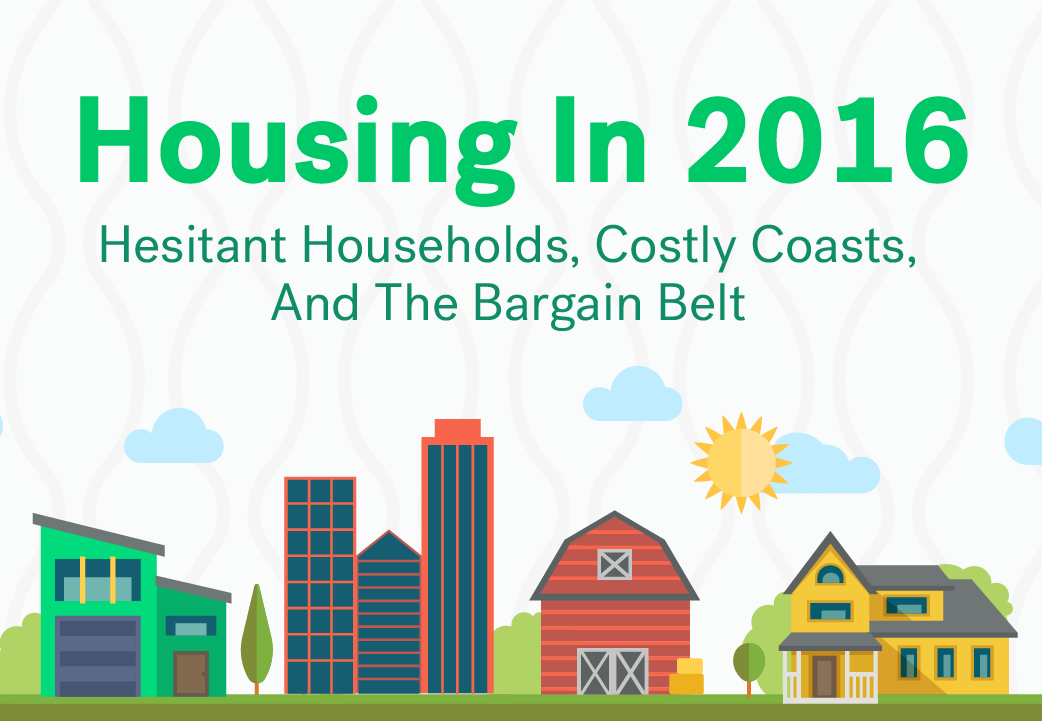 1: The “costly coasts” won't be getting any cheaper

The last few years have been difficult for many people living on the coast. According to Trulia, many coastal metros have seen housing affordability decline, while homes have stayed on the market for longer periods of time. Another problem with these heating markets is that saving up for a down payment is almost impossible for many (it would take them decades). And now for the bad news?

According to Trulia, things aren't getting any better. “Consumers are also starting to feel pessimistic about homes along the costly coasts,” it said in its report.

The majority of consumers living on the West and Northeast coasts said they believe that securing a mortgage to buy or refinance a home will become even more difficult in 2016. But despite this, they also said they believe 2016 will be worse for those who have to rent a home.

This prompted Trulia to say: “These factors lead us to believe household formation will wane in these metros in 2016, which should help moderate price and rent growth. But due to a limited supply of new single-family homes in these metros, we don’t anticipate prices to fall anytime soon.”

2: The “Bargain Belt” to see even more bargains!

The most affordable markets in the U.S. are generally recognized as those in the Midwest and the South, an area that Trulia has identified as the “Bargain Belt”, and a place where housing affordability is likely to increase in 2016.

Several metros in this area are booming right now. According to Trulia, metros like Charlotte, North Carolina and Winston-Salem, North Carolina, have experienced a rapid increase in the time it takes for homes to move off the market. In addition, consumers are just as optimistic about the “bargain belt” and its prospects.

Trulia says that even the prospect of rising interest rates won't affect the fact that buying gets you a much better deal than renting. However, there will be one or two areas where prospective homeowners may want to reconsider a purchase. Trulia warned that interest rate rises in the Bay Area, Sacramento, Calif., Ventura County, Calif., and San Diego might just make it more affordable to rent than buy.