A real estate firm in San Francisco has just listed what might be the city’s biggest bargain ever – two historic homes in the Oakland, Calif., area have gone on sale for just $1 each. However, the deal does come with a catch. 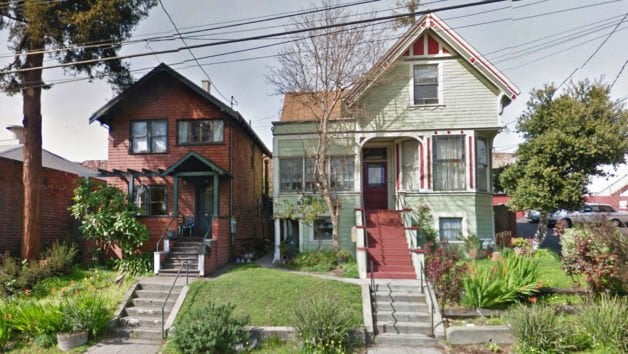 The homes, which date back to the 1880s and early 1900s, are located on a site that’s been earmarked for the construction of an apartment complex by the development firm that owns the land. As a result, any takers would need to physically relocate the properties to a new piece of land. But if no buyer is found, the homes will be demolished.

Betty Marvin, historic preservation planner for the City of Oakland, told realtor.com that it would probably be quite expensive to move the homes. Firstly, the buyer would need to find a specialist company that’s able to remove the properties from their foundations and transport them to the new site. The buyer would also have to purchase the land for them to be relocated onto, and pay for the construction of new foundations.

As such, Marvin says the true cost would probably be “in the same ballpark to buy a generic new house.”

That may be so, but interested buyers could try to get the properties officially declared as being “historic” in order to take advantage of the little-known Mills Act, which is a state law that allows cities to enter into contracts with the owners of historic structures. Such contracts allow for a significant reduction of property taxes in exchange for the continued preservation of the property. Property taxes are recalculated using a formula in the Mills Act and Revenue and Taxation Code.

Irrespective of the costs, Marvin reckons that the prospect of owning a very interesting home built in 1886, rather than a basic new home, could be attractive for some buyers. After all, Oakland has a history of moving homes, she said.

Paul Gryfakis, vice president of the homes’ listing agent Lowe Enterprises, said there’s already been interest from buyers. “We’re working with them the best we can to make it happen,” he said.