The total value of all of the homes in the U.S. has appreciated by more than $2 trillion in the last year, hitting $31.8 trillion overall. 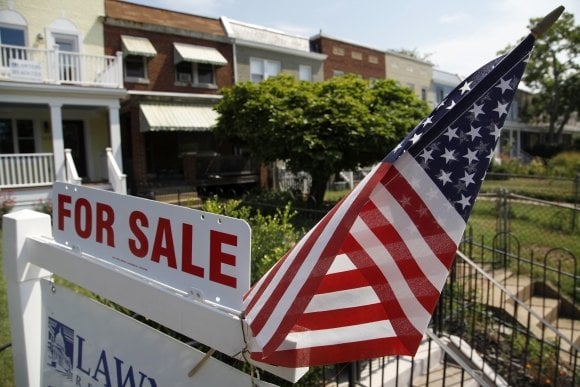 Zillow says that the cumulative value of U.S. homes grew by 6.5 percent in the last year, its fastest pace in four years. Previously, U.S. home values rose by 8 percent in 2013, in the early stages of the housing recovery.

The data is important because for most Americans, their home is their single largest source of wealth. As such, the housing market collapse of last decade underscored its importance to the U.S. economy. It’s since gained almost $9 trillion in value.

The value gained in 2017 alone is equivalent to more than the valuation of two companies the size of Apple. Over the past year, the U.S. housing market has gained $1.95 trillion, while Apple recently hit a market value of $900 billion, the first U.S. company to do so.

The Los Angeles and New York markets each account for more than 8 percent of the value of all U.S. housing, and are worth $2.7 trillion and $2.6 trillion, respectively. San Francisco is the only other housing market worth more than $1 trillion.

Among the 35 largest U.S. markets, Columbus grew the most in 2017, gaining 15.1 percent. San Jose, Dallas, Seattle, Tampa, Las Vegas and Charlotte, N.C. also grew by 10 percent or more over the past year.

This was a record year for home values as the national housing stock reached record heights in 2017," said Zillow Senior Economist Aaron Terrazas. "Strong demand from buyers and the ongoing inventory shortage keep pushing values higher, especially in some of the nation's booming coastal markets. Renters spent more than ever on rent this year, but the amount they spent grew at the slowest pace in recent years as more renters transitioned into homeownership and new rental supply slowed rent growth across the country. Despite recent changes to federal tax laws that have historically made homeownership financially attractive, the long-term dynamics pushing up home values and rents are unlikely to change significantly in 2018."

Renters spent a record $485.6 billion in 2017, an increase of $4.9 billion from 2016. Renters in New York and Los Angeles spent the most on rent over the past year. These markets are also home to the largest number of renter households.

San Francisco rents are so high that renters collectively paid $616 million more in rent than Chicago renters did, despite there being 467,000 fewer renters in San Francisco than in Chicago.

Las Vegas, Minneapolis and Charlotte, N.C. had the largest gains in the total amount of rent paid, with each increasing by more than 7 percent since 2016.