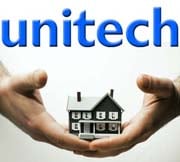 Unitech Ltd, the third-largest real estate developer in India, today reported that its third quarter profits had dropped by 50% following a significant decrease in demand for homes in a nation which has been hit by high interest rates.

Ever since India’s central bank hiked interest rates by some 13%, homeowners have been increasingly deterred from purchasing homes due to the high cost of repayments, with the move costing developers in the country to suffer a big slow-down in sales, reported Reuters.

Unitech, a developer of both residential and commercial properties, revealed that their third quarter profits had fallen by almost 50%, from 1.1 billion rupees ($22.4 million) in December 2010 to just 552 million rupees ($11.2 million) by the end of December 2011. The company also reported that net total sales had dropped by 22% over the same period, to just 5.14 billion rupees.

The fall in profits and sales came as a shock to market analysts who had previously predicted net profits of 1.17 billion rupees on total net sales of 6.6 billion rupees.

Unitech shares, which are valued at about $1.6 billion, ended the day 0.7% higher, priced at 29.75 rupees a share, although trading closed for the day prior to the company’s fourth quarter results being announced.

Ajay Chandra, managing director of Unitech, admitted that the company had faced significant challenges during the last quarter, but also claimed that there were signs for optimism in its performance:

"Business environment remained challenging during the quarter affecting the company's ability to scale up the construction activity. Towards the end of the quarter, though, there have been some early signs of improvement in the environment.”

Ajay also stated that the immediate goal for the company was to step up construction activity on its ongoing projects.