Miami Leads the Upswing in US Real Estate Recovery 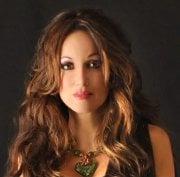 Considered one of the leaders in the revival of the property market in the United States, Miami has just witnessed a significant increase in home prices again in August, according to new data from Miami Association of Realtors.

Overseas buyers are again the catalysts behind this appreciation, now in its ninth consecutive month. The median selling price of Miami-Dade condominiums is now at USD 146,500, an increase of 28.4% over the last year with pricing continuously appreciating now for 14 consecutive months. Meanwhile, the median selling price of single-family homes find themselves at USD 195,000, an increase of 10.8% versus previous year.

Though current inventory is below optimal, sales remain strong and are driving up the prices. Expectedly, the demand for Miami properties is seeing an upward trend too, mostly driven by foreign buyers and investors who acknowledge Miami’s investment friendliness. The mini boom that Miami is seeing is not just thanks to foreign buyers but also due to a significant population growth driven by migration from across other U.S states, baby boomers & local consumers with increasing appetite for property.

The average selling price for condos in Miami-Dade County is USD 283,497, an increase of 20.9%; it is USD 408,810 for single-family homes, an increase of 28.4%. Compare these numbers with the state average in August where condos were selling at USD 102,980 and single-family homes were selling at USD 147,000. These numbers published by Florida Realtors Industry further cement the perception of Miami as a top real estate destination. Residential President of the Miami Association of Realtors, Patricia Delinois (top left), says;

“Miami’s leadership position as a prominent world city is expected to remain for the foreseeable future.”

Businesses, residents, short & long term visitors, tourists, judicious investors and second homebuyers are all queuing up to make best use of the opportunity that this city has on offer. Data indicates that there is strong supply for 4.2 months in Miami-Dade. Strong demand for bank owner condos and better processing of short sales ensure that the listings are scooped up in a hurry and also that the prices continue to go up. As for the marketing end of things in Miami, the chart below shows where buyers are coming from.