US Residential Home Prices Rose by 0.5% in November

The latest FNC Residential Price Index™ (RPI) shows U.S. home prices continuing to rise at a modest pace despite at a flatter rate when compared to the spring and summer months. This trend largely reflects a decline in housing activity. The index, constructed to gauge underlying property value based on non-distressed home sales only, was up 0.5% in November despite greater downward pressure from rising foreclosure sales during the month. 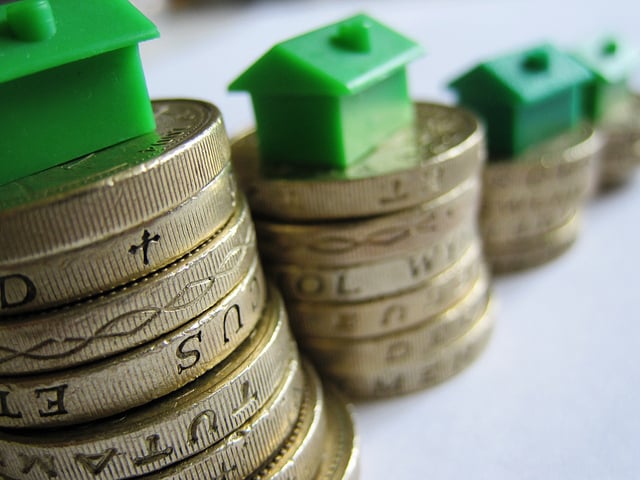 In November, completed foreclosure sales nationwide rebounded to 16.8% of total home sales, up from October’s 14.4% or August’s post-crisis lows of 12.6%. Meanwhile, forward-looking indicators from the for-sale market show that the December sales-to-list price discount is unchanged from November’s 4.6%.

Based on recorded sales of non-distressed properties (existing and new homes) in the 100 largest metropolitan areas, the FNC national composite index shows that in November home prices rose at a seasonally unadjusted rate of 0.5%, which slightly outpaced October’s price gain. The two narrower indices (30- and 10-MSA composites) likewise show a small uptick in November’s price increase in the nation’s top housing markets. The indices’ year-over-year trends show that as of November 2013 (or 21 months into the housing recovery), annual home price appreciation has reached about 7.0% -- a pace last observed in August 2006.

Among the country’s major metropolitan areas, Seattle, Columbus, and Nashville recorded the largest price increase in November at 2.6%, 2.4%, and 2.1% respectively. Home prices were up again at a brisk pace in Riverside-CA, Miami, and Orlando (1.8%, 1.6%, and 1.4%, respectively) following a strong performance in the previous month (1.9%, 2.4%, and 1.5%, respectively). Riverside in particular, is exhibiting rapid price accelerations in recent months, averaging 2.0% per month since May 2013, while the city’s foreclosure sales continue to decline rapidly. As of November, Riverside continues to have the highest foreclosure sales rate (11.7%, as a percentage of total home sales) among California’s largest metros. 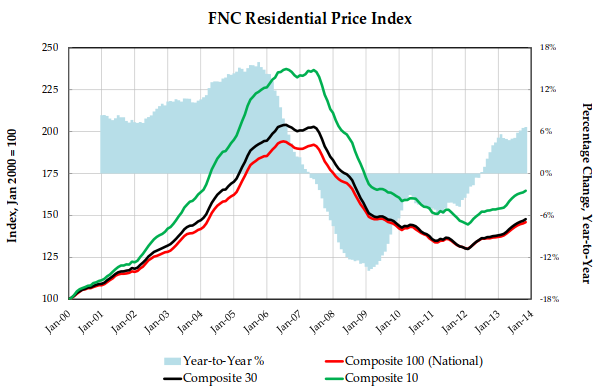 Home prices moved lower in four metro areas, most notably in Denver where the city’s RPI has declined for a fourth month since August. The city’s year-over-year growth in recent months has slowed significantly compared to the same period last year when the market was in a strong rebound mode. San Diego and San Francisco are also experiencing similar year-over-year growth decelerations – or likely a return to more sustainable growth.

The cities’ foreclosure sales are down to pre-crash levels (6.7% and 4.9%, respectively). In contrast, home prices in Las Vegas, Phoenix, Riverside, Los Angeles, and several of the other hard-hit cities appear to be continuing in a strong recovery with year-over-year growth in double digits. Foreclosure rates in St. Louis and Cleveland (18.1% and 20.0%, respectively) continue to be among the highest in the nation.