The number of vacant buildings in some American cities has reached “epidemic levels”, according to a new study by the Lincoln Institute of Land Policy. 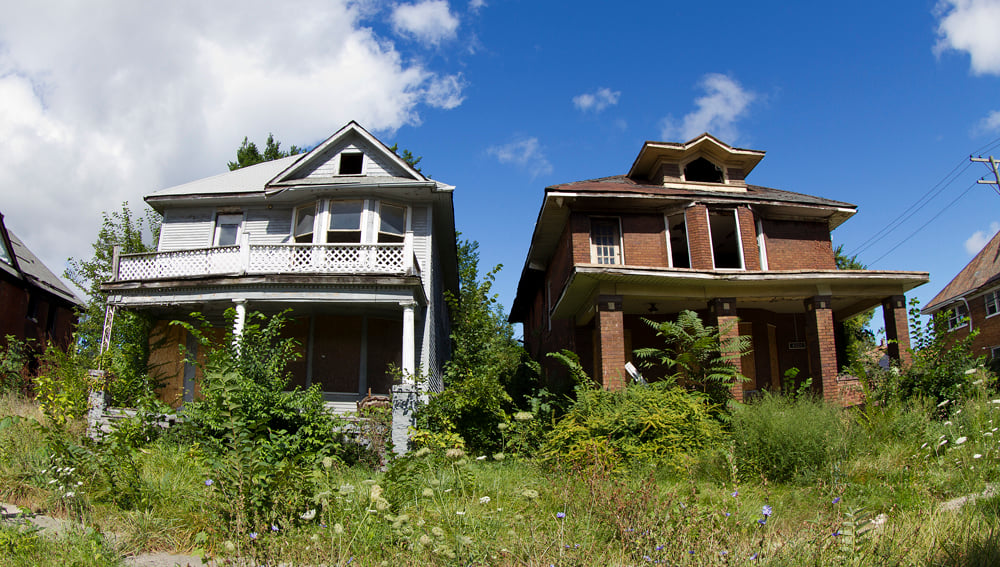 Many of the vacancies are located in formerly industrial cities in the Rust Belt, where researchers say we’re witnessing a phenomenon called “hypervacancy”, which is when blocks and neighborhoods of vacant buildings and lots comprise 20 percent or more of the housing stock of an area.

The worst affected U.S. cities, with 10 percent or more of their total number of units lying vacant, are Gary, Ind.; Detroit; Flint, Mich.; Dayton, Ohio; Cleveland; St. Louis; Buffalo, N.Y.; Baltimore; Birmingham; Pittsburgh; Chicago; Philadelphia; and Milwaukee. For example, in Cleveland, more than one out of two census tracts are considered to be hypervacant, while in Gary there are 25,000 vacant homes, covering 40 percent of the city’s parcels.

The problem with hypervacancy is that the local housing market “ceases to function” effectively, said Alan Mallach, an urban scholar who compiled the report. “Houses sell, if they sell at all, only to investors at rock bottom prices while the neighborhoods become areas of concentrated poverty, unemployment, and health problems,” Mallach said.

One of the problems is that hypervacany isn’t really being addressed in community redevelopment projects, which instead focus on new homes and public spaces. According to Mallach, hypervacancy needs a different approach as it places a huge financial strain on cities, reducing property tax revenues and costing millions of dollars in cleaning, demolition, inspection and policing costs.

The study found that in Toledo, Ohio, for example, vacant properties cost around $3.8 million per year, in addition to $2.7 million in lost tax revenue. In the surrounding community, the impact was estimated at $98.7 million in lost property value because of the proximity of vacant buildings.

While demolition is one answer to the problem, it is also expensive. As a result, some metros are instead attempting to rehabilitate their vacant homes. In Cleveland the Slavic Village Recovery Project is dedicated to transforming vacant blocks of homes into affordable single-family units priced between $50,000 and $69,000.