By Mike Wheatley | May 7, 2018
TwitterFacebookLinkedInBufferPinterestCopyReddit

The cost of renting an apartment in Washington D.C. is so high that some congressional lawmakers claim they’re being forced to sleep in their offices in Capitol Hill as they can’t afford to rent a place of their own. 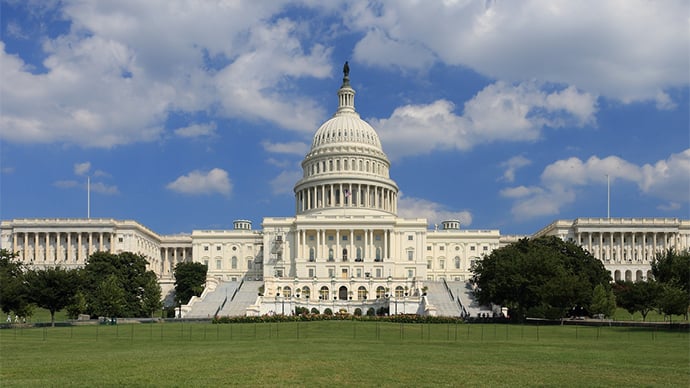 The nation’s capital city is “too expensive,” complained Rep. Dan Donovan (R-N.Y.) in an interview with the New York Post. He said that if congresspeople are forced to rent or buy a place to stay in Washington D.C., then it would mean that “only millionaires would be members of Congress. I don’t think that was the intent of our Founding Fathers.”

Donovan and other lawmakers argue that they don’t earn enough money from their jobs to afford a separate apartment in D.C. As U.S. representatives they earn a tidy salary of $174,000 a year, but apparently it’s not enough for around 100 lawmakers who’re currently using their offices as bedrooms at night. A typical one-bedroom apartment in D.C. starts at around $2,000 per month, the NYP reports, but representatives must also continue to pay for their main residence in their home state.

But one representative is trying to force his colleagues to vacate their offices at night time, saying they’re doing it to simply save money, not because they can’t afford to rent somewhere.

“Sleeping in your office is not proper,’’ said Rep. Bennie Thompson (D-Miss.), who is sponsoring a bill that would make it illegal to do so. “You get free cable. Free electricity. Free janitorial. Free security. No rent. It’s a heck of a deal. It probably comes out to $25,000 to $30,000’’ a year that isn’t claimed at tax time.”

But Thompson faces a tough battle to get the legislation past stern opposition.

“I don’t really view it as free housing,” said Brian Higgins (D-N.Y.). “To be honest, it’s really convenient to the lifestyle. There’s a gym here. There’s a shower there.” The lawmaker says he used to split the rent for a basement apartment and paid $1,200 a month. But he started to sleep on the couch in his office when he started paying for his kids’ college.