The total net worth of American citizens has doubled since the year 2000 and now amounts to $88 trillion. But that wealth isn’t being shared evenly, as a closer look at the stats reveals an alarming and widening inequality gap between younger and older generations, warns Lawrence Yun, chief economist of the National Association of Realtors, in a new post in Forbes. 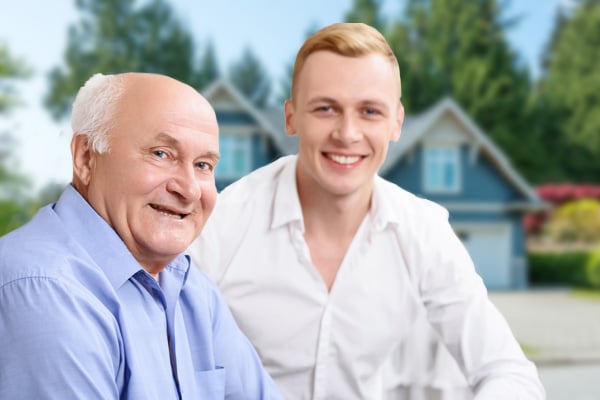 Yun takes a look back to the 1980s, where he notes that the median net worth for young households under the age of 35 was $15,260. For those households aged 65 years and above, the median net worth was $120,500, Yun said. That’s a 10-to-1 income gap, which is about “normal” as people can be expected to ‘move up’ as they get older and progress in their careers.

However, the wealth gap between younger and older generations increased to a 20-to-1 ratio by 2013 ($10,500 for younger households, $210,500 for older households). It’s concerning because not only is the gap increasing, but younger households are actually worth significantly less than they were in the 1980s, and that’s without even taking inflation into consideration.

“As with any big question of the day, there are no doubt multifaceted causes,” Yun wrote. “However, one important contributing factor is home ownership opportunity. The home ownership rate among the older generation (65+) has been fairly steady over the recent housing cycle of bubble-bust-recovery with nearly 80 percent owning a property. But for those under 35 households, the home ownership rate has fallen from the recent cyclical peak of 43 percent to now 34 percent.”

And therein lies the problem. Younger households are getting a much tougher deal and many find themselves unable to buy a property due to strict mortgage underwriting policies and the tough credit standards of today. In addition, younger generations are struggling to pay off their student loan debt, which has tripled in size in the last ten years. For a recent graduate, the average debt is $29,000.

A recent survey conducted jointly by the NAR and the American Student Assistance organization revealed that 71 percent of graduates who haven’t defaulted on their repayments are planning to buy a home, but the majority will need to wait at least five years to pay off their student debt before they can make their move, the study found.

“Some of the younger generation may benefit from family inheritance in the future since there is sizable wealth to be passed along,” Yun writes. “Some may even brag of their small fortune, even if after they inherited a big fortune. But Americans respect the Horatio Alger type of stories of self-made progress, and not stories of parent wealth transfer.”