When it comes to making money, experience is everything

Rookie real estate agents often have a tough time getting their businesses going, but a new study says it’s worth hanging in there.

According to the 2018 Real Estate Agent Income Guide, a study conducted by pre-licensing firm Real Estate Express, most new agents double their income in the second year of doing business. 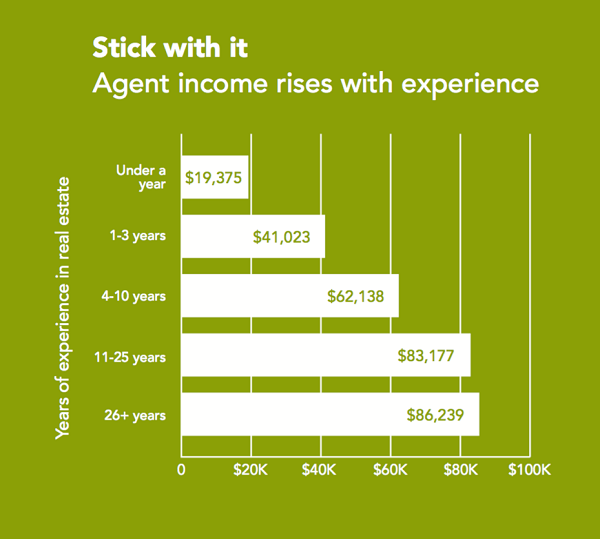 Those in their first year reported an average annual income of just $19,375, the study found. However, those who’ve been in business for three years saw their average earnings jump to $41,023, suggesting that it doesn’t take long for most new agents to find their feet.

The study also found that income seems to keep on growing as agent’s experience accumulates. For example, those with four to 10 years of experience pull in an average of $62,138 per year, while those in the business for 11 to 25 years can earn $83,177 per year. And those with 26-plus years in the business earn an average of $86,329, the study found.

Additionally, the study not surprisingly found that agents who work longer hours tend to be better paid. Agents who do 60-plus hours a week make almost four times as much as those who work less than 20 hours a week, the findings show. 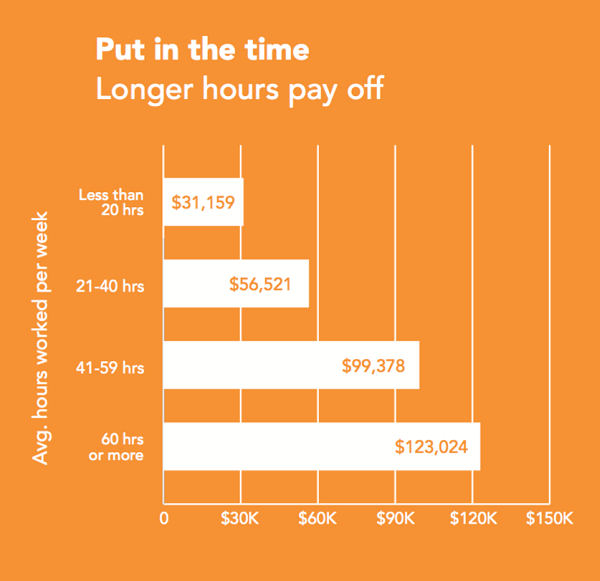 “The first year in real estate always is the hardest, but agents that stick with it see the payoff within a year,” researchers note in the report. “Agents that have the most success in the first year are those that find a supportive brokerage and seek out a knowledgeable mentor for guidance.”