Why are More Buyers Bringing Cash to the Table?

By Mike Wheatley | May 13, 2014
TwitterFacebookLinkedInBufferPinterestCopyReddit

All-cash purchases are on the rise, despite a decrease in distressed sales and investor activity, according to the NAR's Realtors Confidence Index of about 3,000 survey respondents. All-cash sales made up 33 percent of transactions in the first quarter, compared to 31 percent in 2013. 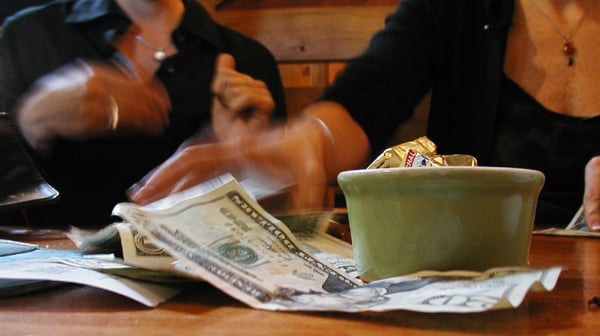 “Distressed home sales, most popular with investors who pay cash, have declined notably in the past two years, yet the share of all-cash purchases has risen,” notes Lawrence Yun, NAR’s chief economist. “At the same time, investors have declined as a market share, indicating other changes have been underway in the marketplace.”

Distressed home sales fell to 15 percent in the first quarter. For comparison, in 2013, they were 17 percent of the market and in 2012 they comprised 26 percent of sales. NAR predicts that distressed home sales will drop to a single-digit market share by the fourth quarter of this year. Meanwhile, investors’ share in the market is also falling – at 19 percent in the first quarter of this year compared to 20 percent of buyers in 2012.

“These findings beg the question as to why we’re seeing higher shares of cash purchases,” Yun says. “The restrictive mortgage lending standards are a factor, but the higher levels of cash sales may also come from the aging of the baby boom generation, with more trade-down and retirement buyers paying cash with decades of equity accumulation.”

Trade-down buyers have been rising – making up 29 percent of buyers last year, according to NAR. Also, “a majority of foreign buyers pay cash as well, and the five-year bull run of the stock market has also provided financial wherewithal among higher wealth households,” Yun notes.

In Florida, more than half of all homes purchased were from all-cash deals, according to NAR’s data.

“Florida is the most popular state for international buyers, who generally pay cash, as well as vacation-home buyers who frequently pay cash,” Yun says. “In addition, downsizing retirees are known to pay cash from the proceeds of their homes in the north. This helps to explain the disparity there, but that isn’t the case in most other states.”

All-cash deals account for close to four out of 10 transactions in Nevada, Arizona, and West Virginia.