The impact of widespread reductions in the working hours of employees in a large variety of industries would be highly likely to trigger more delinquencies and foreclosures for housing.

In the past week and a half since the presidential election confirmed that the Affordable Care Act would be implemented, I've personally heard from local employees of businesses who have announced reductions of all employee hours from the typical 40 hour week to 32, 30 or 28 hours instead. This is alarming because it has been relatively widespread, has happened in a matter of a few days, and will impact large numbers of workers in my general area. 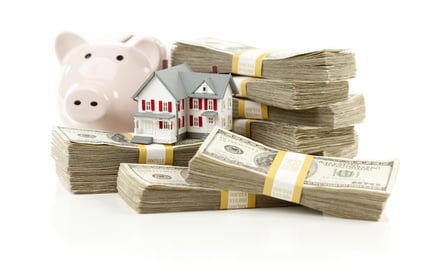 Among the businesses that will be reducing the working hours of all employees are major local grocery store chains, a handful of restaurants which are all part of larger chains, and a report about the son of a personal friend. The son had lost his job with a big pharma company a couple of years ago, and had only recently gotten another job with a major medical services corporation. This week he was notified that his hours would be reduced by as much as 15 hours per week. I happened to get a flu shot this past week, and the pharmacist who administered it at a local pharmacy said he was worried about his hours being cut back. I was not even looking for this information. It was volunteered by frustrated employees.

If other areas of the country are seeing as much of this type activity as I have witnessed in my own part of the world, it would appear that implementation of the Affordable Care Act could result in growing problems for housing by significantly reducing incomes of workers across a wide variety of industries.

If this activity is widespread, it's bound to result in more mortgage delinquencies at a time when some balance between foreclosures and REO sales has finally been reached. It could easily tip housing back in the wrong direction. Indeed FHA is already seeing delinquency rates approaching 20% of their entire portfolio of insured loans. It is already in a dangerous position. Reductions in previously stable incomes could have a serious impact on the mortgage insurance claims.

Real estate investors may want to take stock of their tenants and watch for any appearance of a trending problem in this area. Any immediate vacancies should be filled with care, to insure that the new tenant is likely to have enough income going forward, to afford the property. Rent rates are likely to remain flat, which, for most typical markets, is where they have been for over 5 years now.

It's still early yet in the development of the employer response to the Affordable Care Act, but there are definite signs -- "tracks" if you will, indicating that the herd is beginning to move in a specific direction. If a stampede ensues over the next few months, many homeowners and real estate investors could get trampled.

This would be one of the fastest fundamental transitions that the housing industry has ever witnessed. We've never had a situation where unemployment was already high, and now the working population is facing unexpected reductions in their working hours.

It would also have broader implications for the housing industry, as it could trigger a reduction in retail home sales, as well as mortgage qualifying. Most folks who only work 3 to 4 days a week already find it much more difficult to qualify for a mortgage. And reduced median income would also mean necessary reductions in entry level home sizes and prices.

Any reductions in employment, whatever the cause, will always negatively impact local housing in that area if the reductions affect enough workers. It appears that the potential is here for such an impact.