By Zach Parker | May 6, 2022
TwitterFacebookLinkedIn1Buffer2PinterestCopyReddit
3
SHARES

It’s no secret that the city of Austin, TX has been rapidly ascending in recent years.  Texas has seen a huge influx of new residents, and no other Texas metro has seen a bigger population boom than Austin.  As a result, last year Austin tallied the 4th largest increase in median sales price and the 7th largest average rent increase out of the top 100 metros in the US.

So why are people flocking to this North Texas hub?  Well, there are a few reasons.

Texas has seen a big influx of new residents over the past 10 years.  According to the most recent migration statistics from the US Census Bureau, Texas saw the 3rd largest percentage increase in residents from 2010 to 2020, netting a 15.91% increase in population.  According to Austin’s Chamber of Commerce, Austin recorded a 33.7% population increase during the same time span, effectively doubling the population growth rate of the Lone Star State.

Last year, the amount of VC funding that was invested into US startups doubled according to Q4 Pitchbook’s Q4 Venture Monitor.  Their data revealed that nearly 90% of all VC funding occurred in only 10 metros, Austin included.  At $4.9B in total deal value, Austin ranked #10 in the US in 2021.

Elon Musk’s bid to move Tesla to Austin received a lot of publicity last year, but this VC data sheds light on one of the biggest levers that is driving Austin’s growth.

Austin Median Income On The Rise

As a result of all of this economic opportunity flowing to Austin, median household income has been rapidly growing.  In fact, since 2011 Austin has seen the 8th largest increase in median household income out of the 100 largest US metros.  As a result of the city absorbing so many high-income earners from out of state, you can imagine the impact it has had on home prices.

Austin’s median sale price in 2021 was $532K, which marked a 25.30% increase compared to 2020.  That was the 4th largest increase in median home price out of America’s top 100 metro markets, and the largest increase among all of Texas's major cities.

Just 5 years ago Austin’s median sale price was $373K, which was close to the median sale price in Dallas (341K) and Houston ($316K) at that time.  Since then, Austin’s real estate market has significantly outpaced both, as home prices have increased by 17.46% in Dallas and 17.29% in Houston.  Austin’s home price has increased by 42.48% during that same period.  According to Brad Pauly, owner of Pauly Presley Realty, they are expecting more of the same in 2022.

All economic factors aside, what appeal does Austin have to outsiders?  The growth Austin experienced over the past decade could have just as easily taken place in Dallas or Houston. Those two cities did record impressive growth over the past ten years, but not to the degree that Austin has achieved.

The reason Austin has attracted a large share of the new opportunity flowing to Texas is culture.  Many would argue it’s the funniest town in Texas in terms of nightlife and entertainment options.  According to WalletHub’s Funnest Cities in America, which ranks the top US cities based on entertainment, recreation, nightlife, and parties, Austin ranks #7 in the US.  The next closest Texas city is Houston at #21.

So there you have it, five reasons explaining why Austin is booming.  Better yet, we’ll call them five reasons Austin’s growth will endure 2022 while it stagnates elsewhere.  Based on these trends, I’m still buying stock in Austin. Stay up to date on Top Texas News at Ground News. 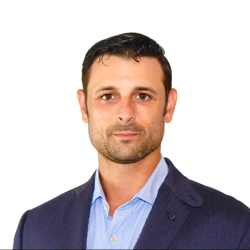