The number of Chinese buyers of US real estate has exceeded the number of Canadian buyers and they are now the top foreign purchasers of residential real estate. Now, according to an article in mansionglobal.com, South Florida developers are keen to entice these buyers.

This year figures from the National Association of Realtors show that Chinese buyers have purchased $27.3 billion worth of property in the US, but even so, they only account for around 2% of residential sales to international buyers in Miami-Dade and Broward counties. 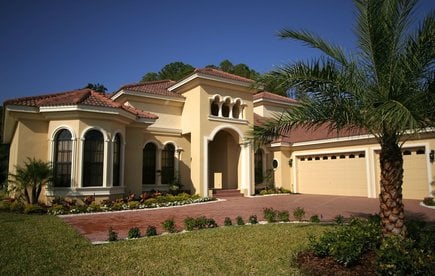 However, things are changing thanks to the introduction of amenities and designs that appeal to Chinese buyers looking for luxurious accommodation combined with clean air and beautiful beaches. In 2015, Chinese buyers accounted for 4% of residential real estate purchases in Florida. This figure was just 1% in 2009 and was virtually zero in 2008. Now condo developers in Miami are choosing to work with world-class architects and are designing modern looking buildings that will especially appeal to Chinese buyers who are becoming more aware of the amenities offered by Miami.

Echo Brickell epitomizes the type of building that appeals to luxury homeowners as the architectural designer has worked in East Asia since the 1990s and is well aware of the type of amenities that appeal to this particular group of buyers. In the past, Chinese investors were purchasing multiple mid-priced properties purely for investment, but things have changed. Apparently now in Chicago and New York they are purchasing property in high-end buildings and often staff quarters are required. This is something that is easily understood by developers in Miami who are used to catering for international buyers.

Another factor that tends to be important to Chinese buyers is the rentability of a property and as a result turnkey units that are fully furnished are in high demand, particularly those in high-quality buildings that have a modern appearance and luxury amenities. Chinese investors also prefer sticking to brands that are familiar to them. The Brickell City Center is a good example as it was developed by a company in Hong Kong called Swire, and this name would already be familiar with many Chinese buyers who recognize it as being a high-quality brand.

Improvements in development, communication, and transportation in Miami have helped significantly as just recently the City Council of North Miami approved a plan for creating a Chinatown in the commercial part of the city. This would serve as a base for the many Asian students who currently attend Florida International University. The local aviation department is also in talks with Cathay Pacific with hopes of introducing a non-stop service between Miami and Hong Kong.