Will The Housing Recovery Pick Up Pace in 2015?

The housing market this year has been on a roller coaster. According to the National Association of Realtors, existing-home sales are expected to fall short of 2013's total, and price gains have slowed significantly. However, builder confidence in the new-home market has been on the rise, even as new-home sales have barely budged — at just a 1.8 percent increase in October compared to a year earlier. 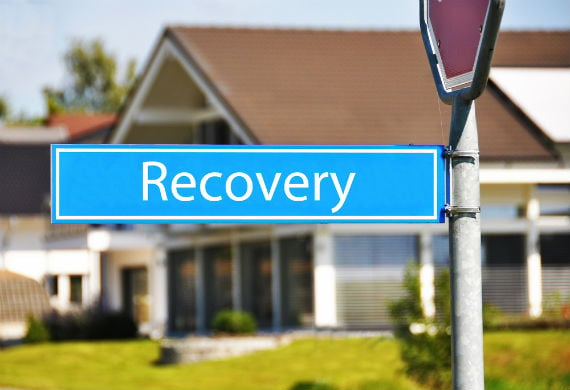 Economists say the housing market is showing mixed signals because it's normalizing, leveling off after a much more rapid recovery last year that was unsustainable.

Home appreciation will continue to slow. Prices didn't increase as fast this year, and they are expected to stick to that trend into the new year. "Easing housing inventory levels and the exit of investors from the market are helping to put the brakes on home-price escalation," Forbes.com reports. "At a deeper level, this change represents a fundamental shift in the market: We've moved out of rapid recovery phase and into a new normal." Gone are the double-digit gains of 2013. Realtor.com predicts an annual gain in home prices of 4 percent to 5 percent next year.

Buying frenzy becomes more muted. The home-buying process is expected to be less chaotic in the new year, with for-sale inventories easing and credit loosening, which could make it easier for first-time home buyers to enter the market. Investors have also pulled back in many markets. NAR statistics from October show that individual investors purchased 15 percent of homes, a drop from 19 percent year-over-year. Also, as more homes come on the market, buyers will have more choices and sellers may face more of the competitive pressure. Housing analysts note that this can help create a more balanced market for everyone: buyers in search of a competitive advantage and sellers who turn around and become buyers themselves.

Mortgage interest rates will finally be on the rise. The Mortgage Bankers Association still predicts that mortgage rates will increase to 5 percent by the end of 2015. Freddie Mac expects a 4.5 percent average in 2015. However, in 2013, economists had predicted mortgage rates to reach 5 percent by the end of this year. The 30-year fixed-rate mortgage has averaged below 4 percent in recent weeks. But with the end of the Federal Reserve's quantitative easing, MBA believes that a short-term fund rate hike is more likely by mid-2015, which would then push interest rates up.

Rent rises will outpace home value growth. Rents likely will continue to keep rising in the new year, and many housing analysts predict that an increase in rental costs in 2015 will outpace annual home-price gains. The rental market will likely remain a "landlord's market" in 2015, with vacancy rates expected to stay below 5 percent in the new year, according to NAR forecasts. That should lead to demand pushing rents up even higher and keeping them above inflation, NAR Chief Economist Lawrence Yun notes.

Builders shift to building less expensive homes. In the last few years, builders have been building fewer, more expensive homes. But that trend may change in the new year, as more builders look to target less-expensive markets. New-home sales are expected to top the 500,000 mark in 2015, but in order to do that, builders may have to sell less expensive homes, housing analysts note. Earlier this year, representatives from D.R. Horton, the nation's largest home builder, said they planned to capture more of the entry-level market with its newly launched brand called Express Homes. The properties will be priced between $120,000 and $150,000, and they will be concentrated in Texas, Georgia, and Florida. "We wouldn't be getting into Express Homes if we didn't think it was the next segment of the market to recover," D.R. Horton CEO Donald Tomnitz told CNBC in April.

Foreclosures fall back to pre-recession levels. Foreclosure filings have been on the decline this year and are expected to continue their descent well into 2015. From January through November, foreclosure filings fell about 172 percent compared to the same period one year prior, according to RealtyTrac. "Every month so far this year, we've been down from a year ago," says Daren Blomquist, vice president of RealtyTrac. The only uptick has been in foreclosure auctions, which are up 5 percent in November compared to one year earlier. Foreclosures will likely fall to pre-crisis levels in 2015, Blomquist predicts.