More Houses for Families in Williston

The City of Williston, one of the fastest-growing cities in North Dakota, today announced that Kohlberg Kravis Roberts & Co, together with co-investors Pfeffer Capital and CP Realty, have acquired land to develop a new, quality neighborhood. 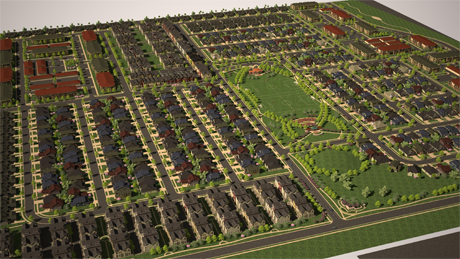 The project, named The Ridge at Harvest Hills, is scheduled to commence in Spring 2013, and will include 330 apartments, as well as 500 single family, townhome, and duplex homes. The plans also include parks, open spaces, and recreation facilities.

To enhance the suburban feel of safety and security for its inhabitants, the neighborhood was planned to slow or divert commercial traffic. For the immediate community and living demands, the new neighborhood is located in close proximity to the new Sand Creek Town Center retail development, the new office complexes of major oil services firms, the municipal golf course, Wal-Mart and an elementary school.

“The Ridge at Harvest Hills represents a major investment that will help the city of Williston meet its current and long-term housing needs,” Governor Jack Dalrymple said. “The state is doing its part by facilitating greater development of affordable housing in our oil-producing region and in fast-growing communities throughout North Dakota.”

The Ridge at Harvest Hills is not the first residential community plan announced for Williston. A master planned “mixed-use” project with a variety of single family, multi family, neighborhood businesses and incorporates schools, a public park and pathway system, was commenced in 2011 by Granite Peak.

The real estate boom is fueled by the growing local oil industry. The city sits atop the Bakken formation, which by the end of 2012 is predicted to be producing more oil than any other site in the United States.

One comment on “More Houses for Families in Williston”