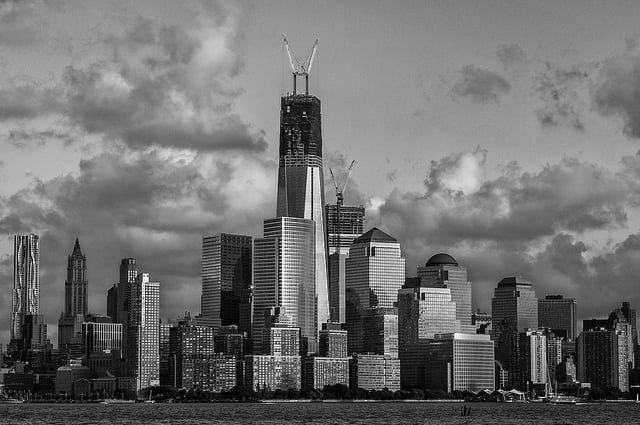 In the nearly three years that the building has been under construction, only one private tenant has signed a lease at the skyscraper — and that deal is for just one floor.

One World Trade Center owners Douglas Durst and the Port Authority of New New York and New Jersey are bringing down asking rents from $75 a square foot to $69 a square foot for larger tenants on the tower's middle floors, The Wall Street Journal reports.

"The market's not there," developer Durst told the Journal. "When we started in 2011, everybody expected the economy to take off, and obviously that hasn't happened."

The building, which has cost $3.9 billion to build, is slated to open by the end of the year. It will be the most expensive office tower ever built.

Leasing troubles were also present in the original Twin Towers, which had 10 million square feet of space. Developers ultimately rented significant portions of the building to government agencies after failing to find private tenants.

Durst told the Journal that he does not believe safety concerns have hampered leasing prospects. "We really have not seen that," says Durst. It's "the safest building in the U.S."