Zenplace is using ROBOTS to give guided property tours

Real estate agents could soon find themselves being displace by robots, at least when it comes to giving tours of properties, after a startup announced plans to build machines that can take prospective renters on a guided tour of homes they’re interested in without the need for a human to be present. 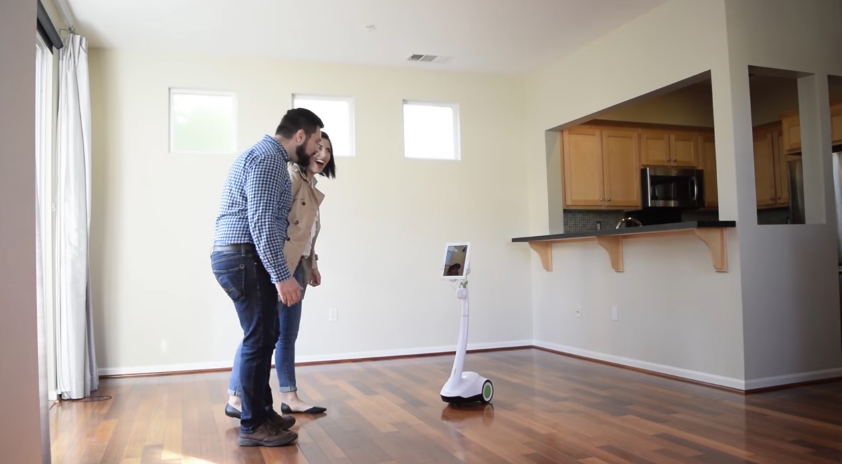 The robot realtors were conceived by a company called Zenplace, which describes itself as an artificial intelligence and machine learning startup for landlords and homeowners. The company is mainly focused on rental properties, but claims its robots won’t take away agents jobs but will instead free then up to focus on other tasks, while reducing the time it takes to rent out its properties, HousingWire reported.

“We set out to change the property management and rental experience by providing property owners and tenants a faster and easier way to rent and lease,” said Rahul Mewawalla, Zenplace CEO and former head of the White House technology program in Silicon Valley. “This new way to rent makes for a better rental experience—tenants love the smart guided tours by a robot and owners love how their property can now be rented in days instead of weeks or months.”

The company believes its robots will help to move homes off the market at a much faster rate, pointing out that homes in Silicon Valley, where it operates, typically stay on the market for 54 days. It says this is because many transactions fall through before the leases are signed, even though the prospective tenants had agreed to sign a contract.

The company doesn’t say exactly how its robots can help reduce the average time on the market, but certainly the novelty of having a robot show you around should at least entice more people to go and check out some of its listings.

“We're making renting a home frictionless and redefining how landlords can increase returns from their rental property, with a property management fee as low as 5%,” Mewawalla added. “With robots, we have significantly reduced the time it takes to rent a property.”