Cities with some of the largest carbon footprints are also hot spots for energy-efficient home technology, according to a new Zillow analysis. 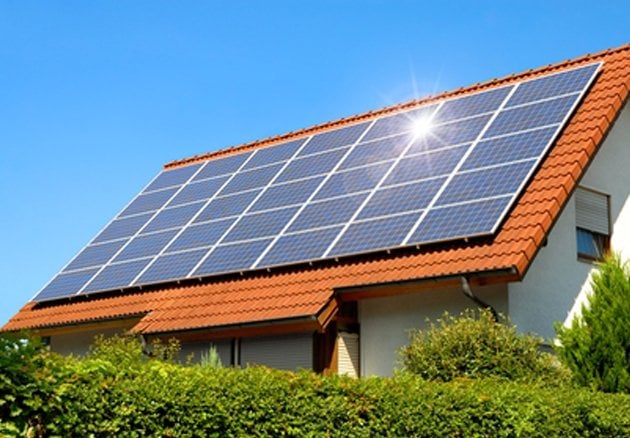 The analysis highlights how energy-efficient home technology -- popular with millennials and West Coast homeowners -- is catching on as a trend in some of the places that need it most.

"Climate change is top-of-mind in California, and whether homeowners are reacting to environmental ethics or high energy costs, they are most likely to market energy-efficient technology when selling their homes," said Zillow Chief Economist Dr. Svenja Gudell. "Between density and drought, Californians have a lot of reasons to find ways to make their homes more efficient – for the sake of the environment and their pocketbooks, too."

In San Jose, Calif., 24 percent of listings feature energy-efficient terms and 14 percent in Sacramento, Calif. East Coast cities have the smallest carbon footprints, with Buffalo, New York City and Miami at the bottom of the list. 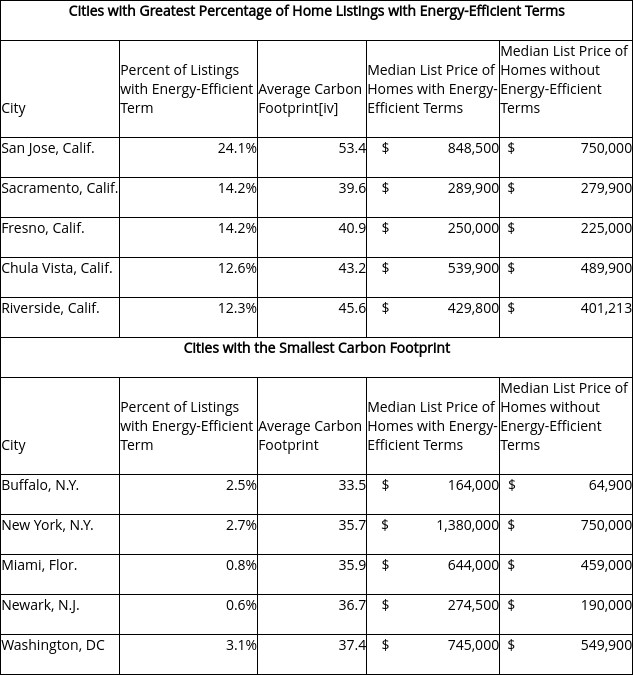 Energy-efficient homes are sought after by homebuyers and are usually priced at a premium. The median list price of homes with energy-efficient technology is 62 percent higher than homes without, and according to the Zillow Group Report on Consumer Housing Trends, the energy-efficiency of newly built homes is the main driver in attracting buyers to new construction. The same survey found that millennials are more interested than other generations in making upgrades to enhance their home's energy-efficiency.

Homeowners and buyers interested in learning about a home's solar energy potential can find its Sun Number rating on Zillow. Sun Number scores are available on over 40 million homes on Zillow and give an instant rating of how solar-friendly a home is based on factors such as climate, sun exposure and foliage coverage from nearby trees.