Just five months after it acquired rival Trulia for $2.5 billion, Zillow has got the checkbook out again to make another key acquisition. 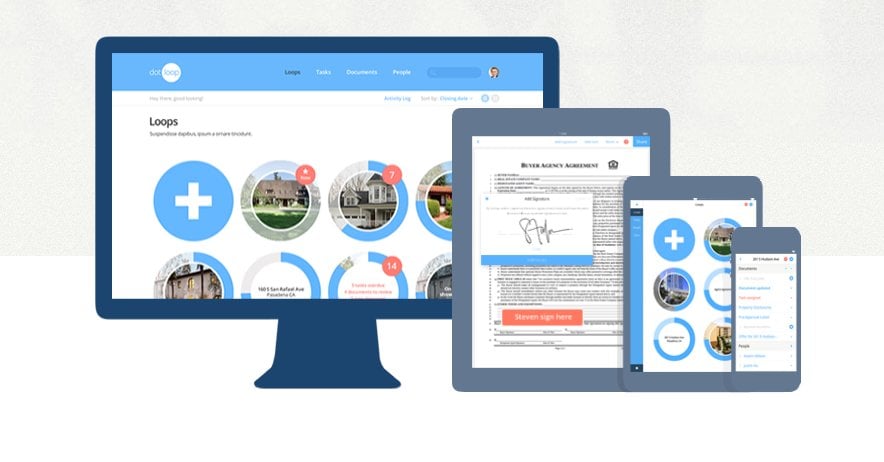 Zillow refused to disclose the terms of the deal, which is set to be finalized in Q3. Even so, what we do know is that it should prove to be a highly valuable acquisition for Zillow. That's because DotLoop has already established quite a reputation among realtors, being used by almost 500,000 real estate professionals each month.

It's tool is designed to make the process of filing and signing paperwork simple and easy. According to the company, some 300,000 "loops", essentially collaborative workspaces in the digital realm, are created by real estate agents each and every month. Fees range from $29 a month all the way up to $540 a month for the service, which offers e-signatures and more advanced features.

The service is quite similar to DocuSign, an arguably more established and beter funded (the National Association of Realtors is one of its main backers) electronic signature app that's also popular with real estate professionals. DocuSign incorporates the services of Cartavi, an online document sharing service for real estate pros that it acquired back in 2013, and is the exclusive, official e-signature provider for the NAR, which has over one million members.

“Real estate transactions are already moving online — it’s what home buyers, sellers and real estate professionals want,” said Zillow CEO Spencer Rascoff in a press release. “We’re incredibly excited by DotLoop’s innovation and leadership in making digital transactions a reality. Now we will be able to make their technology more readily available to Zillow Group’s 10,000 broker partners and the agents they represent, as well as our approximately 100,000 real estate agent advertisers, resulting in a smoother and more efficient transaction process for everyone.”

The deal is Zillow's first acquisition since its blockbuster takeover of Trulia, formerly its biggest rival. It also brings to ten the number of companies that Zillow has acquired in the ten years since it first launched.

DotLoop, which has offices in Cincinnati and San Francisco, said all 124 employees would remain on staff, though its San Francisco-based personnel would relocate to Zillow's offices in the same city.

Zillow is currently valued at $4.8 billion and will have more than 2,100 employees once the deal has closed. Austin Allison, founder of DotLoop, will also jump ship to Zillow, reporting to Errol Samuelson, the company's Chief Industry Development Officer.