Nearly 2 million U.S. homes would be lost if the oceans rise by six feet as scientists expect by the year 2100, according to a new Zillow analysis. The endangered homes represent just under two percent of the national housing stock, and are worth a cumulative $882 billion. 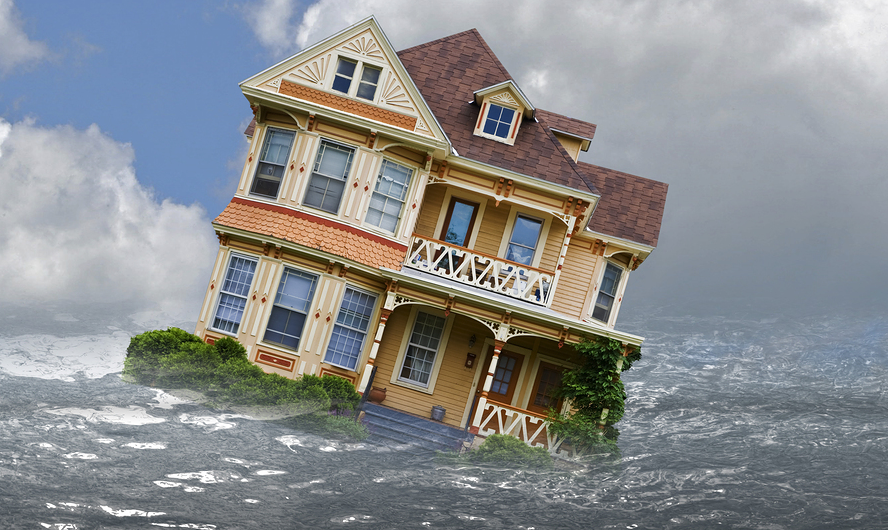 Using data from the National Oceanic and Atmospheric Administration, Zillow identified which homes would be affected by the predicted six-foot rise in ocean levels.

More than half of all homes that would be lost are in Florida, and they account for nearly half of the lost housing value as well. In all, one in eight Florida homes would be lost. More than 9 percent of homes in Hawaii would be underwater; 81 percent of those are in the capital city of Honolulu. Thirty-six coastal cities would be entirely underwater, and nearly 300 cities would lose at least half their homes.

The at-risk homes along the waterfront are 58 percent more valuable than the average U.S. home. The biggest difference in home values is in Maine, where homes at the water's edge are worth $436,798, more than three times the statewide median home value of $138,900. By contrast, homes at risk of rising oceans are less valuable than the typical home in Hawaii, Maryland, Washington, and Oregon.

"As we move through this century, homeowners will have to consider another factor when it comes to their homes – whether rising sea levels have any impact on them," said Zillow Chief Economist Dr. Svenja Gudell. "It's easy to think about how the ocean levels can affect the coasts in an abstract sense, but this analysis shows the real impact it will have on nearly two million homeowners - and most likely more by the time we reach 2100 - who could lose their homes."

Among coastal states, Pennsylvania, Oregon and California have the lowest share of homes at risk of being underwater. Just 0.1 percent of homes in Pennsylvania would be lost if the ocean level rises six feet.