Real Estate Marketing & Beyond
Home » Housing » US Real Estate » 6 of the Weirdest & Most Fantastic Homes in the World
Double-click to edit button text.
X

6 of the Weirdest & Most Fantastic Homes in the World

Moving into and setting up your new home is definitely one of the most exciting things – especially for those who never find enough outlets for their ideas and designs. Throughout history, people have gone from caves to huts to castles to blocks of flats – and nowadays, seems like you can find an example of just anything. Some people are forced to get creative because of some physical restrictions – like small or unusual space – while others do so just because.

If you feel like you could use some inspiration to design your future home – or just like checking out the weird ideas some people have – this post is just for you! Would you choose to live in a former church, or a renovated water tower? Or how about a completely transparent house, or one that is a spitting image of the Flintstones’ cave? Check out our selection of world’s weirdest houses and share your thoughts in the comments! 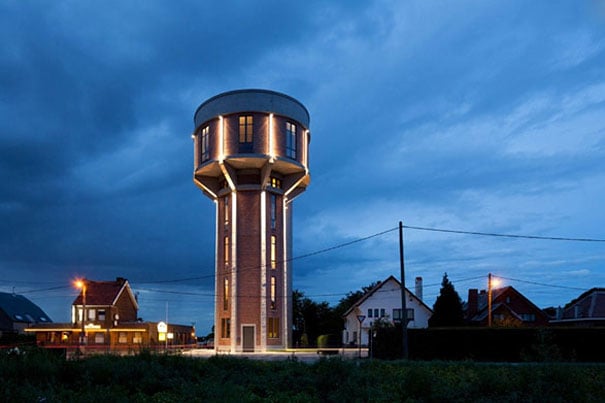 Picture yourself living in a house that was built nearly 100 years ago, and was once even used as a Nazi hide-out during the war. Now add to this the fact that the house is actually a 100-feet high water tower that was in service till 1990, and you’ll get really close to grasping just how cool is.

The Bham Design Studio started developing this tower renovation project in 2007, and eventually it ended up being a single family apartment, structured on five floors. The terrace on the top floor gives you a beautiful panorama, overlooking the Belgian village of Steenokkerzeel… and an outdoor shower!

Admirably, most of the original concrete elements were preserved during the reconstruction, aiming to keep the strong character of the building. That even meant keeping the 250.000 liters concrete water basin! 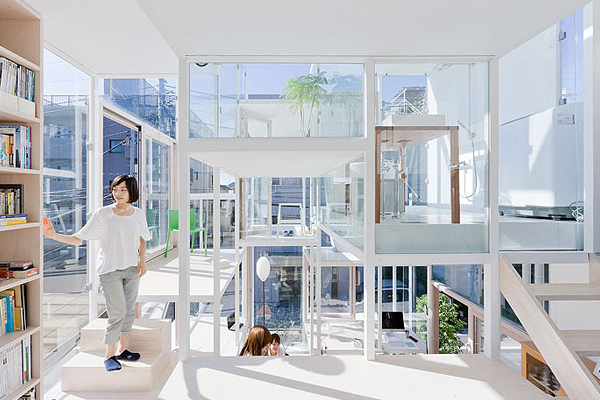 If you say you have nothing to hide, try spending a few nights in the see-through house located in Tokyo, Japan. Built by Sou Fujimoto Architects, this 914 square-foot transparent house was inspired by our ancient predecessors who inhabited trees. While so-called “House NA” offers plenty of daylight, expect no privacy here.

“The intriguing point of a tree is that these places are not hermetically isolated but are connected to one another in its unique relativity. To hear one’s voice from across and above, hopping over to another branch, a discussion taking place across branches by members from separate branches. These are some of the moments of richness encountered through such spatially dense living,” says Sou Fujimoto. 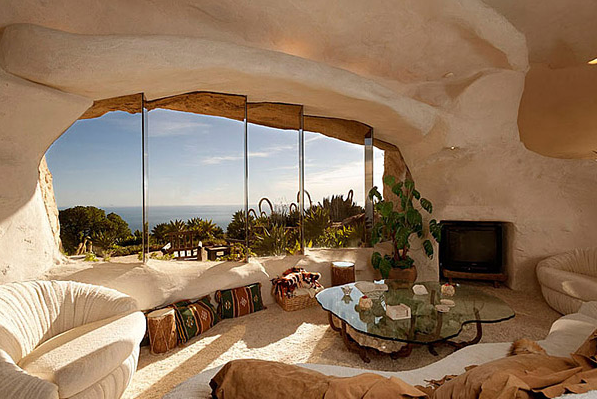 Television legend Dick Clark is selling his one-of-a-kind residence in Malibu for $3.5 million. The single-story structure with it’s rocky interior looks just like the home of Fred and Wilma from the classic 60′s cartoon.

This real-world version of the Flintstones’ home has one bedroom and two bathrooms, a fireplace and several large glass windows offering views of city lights and sunsets as well as Serrano Valley, the Boney Mountains, the Channel Islands and the Pacific Ocean. Unfortunately, animal appliances are not included in the deal.

The whole property sits on more than 22 acres and is waiting for a new owner. 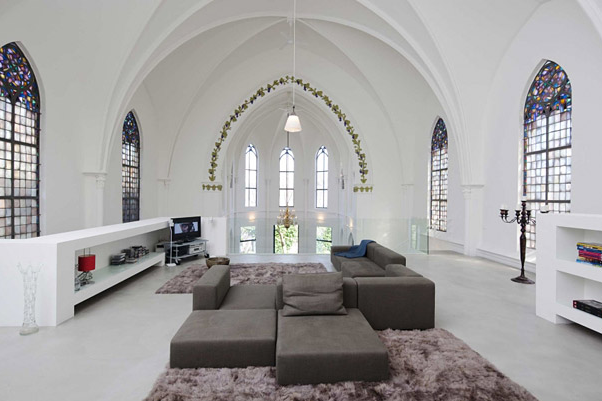 Zecc Architecten repurposed and converted two abandoned churches located in Utrecht, Netherlands into stylish family residences. The interiors look absolutely beautiful, but somehow I feel there are so many things you wouldn’t feel comfortable doing in here…

Some might think that it is inappropriate to use God’s house in such a way, however according to designboom, “hundreds of empty churches are scattered throughout the Netherlands and since 1970 more than 1000 churches have been closed by communities with over 1/3 of those structures being demolished. Re-use is the only way to prevent long-lasting vacancy or destruction of the historical layer within the city.”

What about you? Would you live in a converted church? 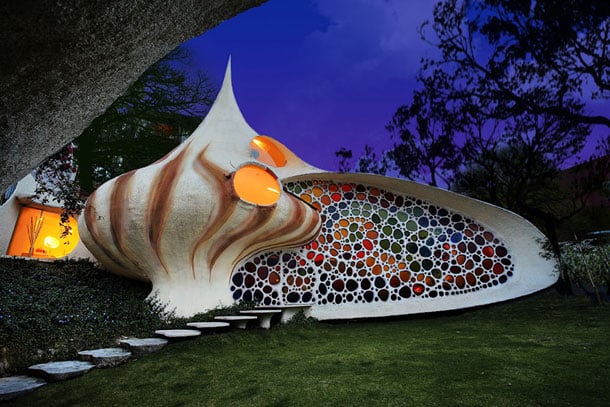 If you’ve ever wondered how it feels to be living in a shell, you should visit the Nautilus House in Mexico City. This amazing shell-shaped house was designed by architect Javier Senosiain of Arquitectura Organica and built in 2006. As strange as it looks, it’s a real house built for a young family with two children who were tired living in a conventional home and wanted to change to one integrated to nature.

Inspired by the work of Gaudí and Frank Lloyd Wright, the house is dominated by smooth surfaces, spiral stairs and natural plantings that makes it feel like you’re living inside a snail. 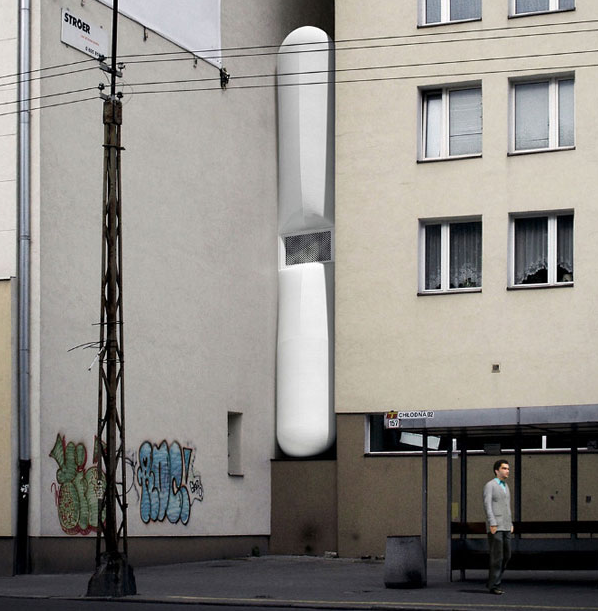 Keret House is an art installation. It has the form of an insert between two buildings, representing different eras in the history of Warsaw. The plot on which the house stands, is at its widest point 152 centimeters, and in the narrowest - 92 centimeters. Keret House is a place of creative artists and intellectuals from around the world.