A Short Rant on Ecomomic Disaster: The State of Fair Play 2013

Anyone reading this has to have been affected by the so called "Great Recession", and most of you very negatively.  Without going into history lessons or far reaching "what ifs" - suffice it to say when Wall Street crashed this time, your future was altered inextricably. Given all that, near continuous news of underhanded dealings prompts this little rant. Okay, it's a big rant - but you don't even want to go here.

Money is a bit like energy. In physics we learned that energy never really disappears, it is only transformed into yet another form of energy. This universal truth applies to the tens of trillions (not hundreds or hundreds of millions mind you) Americans alone have lost since the Great Recession began. Before I go on, please bear with me in understanding just how significant the number $1,000,000,000,000.00 dollars is. First, if you learn or understand best by reading then comparing, this link goes to one trillion. If visuals help you fully grasp things, follow this link to see how much money the United States is in debt. Alternatively  and even more impactfully, I offer you maybe the most disturbing video I have ever seen in 125,000 hours on this Internet.

Fellow Americans, fellow humans of planet Earth, what you just saw should be a revelation. You and I have zero chance save one. The staggering weight of what happened before and after the housing bubble burst in late 2006, when all is said and done, should eclipse even the Great Depression where shifts in global wealth are concerned. You have heard about the top 1 percent owning more than the bottom 99 percent, but underneath your noses the top of the food chain just dealt for even more. To understand what I mean look into some more of the emerging stories. 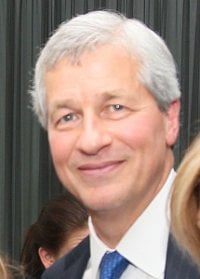 This article by Jake Zamansky over at Seeking Alpha talks about another investigation into the activities of so called Wall Street Titans. In what should by now be understood as a recurring theme JPMorgan chief Jamie Dimon (right) and star hedge fund manager Steven Cohen are the subject of scrutiny. For Dimon's part in the so called "London Whale" debacle where $6 billion was lost by would be investors, but that horror is just the tip of the iceberg really. Read Robert Greenwald's critique of Dimon here. STOP RIGHT HERE.

I could go on for 2,000 words about Dimon, but the story is far wider and epic than one Wall Street mogul. At this juncture, keep remembering what I proposed about money - it does not disappear. Now looking down Greenwald's (and 100 other experts') list we find names like; Lloyd Blankfein, Angelo Mozilo, Brian Moynihan (below left), Darrell Issa, Monanto's Hugh Grant. But for a shortcut to the crux of this matter just visit whoarethe1percent.com. There you'll find more names and interesting figures such as the fact top CEOs 30 years ago made only 40 times the average household income, today they make 200 times as much as your entire combined earnings. I know, more numbers impossible to grasp. And it does not stop with banking speculators, France's President was just implicated as so many other international figures have been, with taking cash for contributions and so forth.

You are waiting for the punch line, aren't you?

If someone invests a trillion dollars in something, and loses that investment, where did the $ trillion bucks go?

Now let's focus before we end off on Dimon again, and on you too. While you sit there wondering what the hell I am talking about you owning still more money, some high end bean counters have already factored in court costs, fines, even parking fare where their part of this monumental heist is concerned. You know, the so called "mob" was supposed to be eradicated back when - but the tactics just changed to more legitimate ones in my view.

If Dimon and his fellow could be called "made guys" from Wall Street, what the heck was he doing on the board of the FED? Or as a trusted Obama advisor? Or...

To find clues into where all those trillions went, let's look at one instance JP Morgan was involved in, TARP funds. Under Dimon's guidance the bank took $25 billion in essentially taxpayer money (that means YOUR money). Now, what they did with this money (even by their own admission) was buy up struggling businesses hit hard by the same recession that hit everyone else. WTF? is what I say. 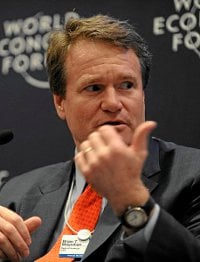 If I read this list of TARP fund recipients and their current payback status correctly, Dimon's bank is still the 7th largest debtor to the taxpayer at just under a billion still owed. And his bank is not the only one, nor does this Alice in Wonderland story end with a little collusion, some lies, and governmental screw ups. Using Google the average citizen finds so much crap about these people it almost seems impossible they got away with it - and on this the one percent rely heavily. Then, when some scrutiny is demanded, they rely on lobbying, campaign contributions, and out and out bribery in some cases. Answer this one for me; "Just how the hell is the same bank who made your house loan, then foreclosed on you, and then took your tax dollars to buy your house back - just how the hell are they allowed Presidential or other campaign contributions? Read that again.

You search for a home where your family can live. Forced by a market manipulated by speculators to buy at twice what the property is worth, your bad credit is somehow overlooked. You are ecstatic. Two years later, barely able to make the payments in the first place, you and several million of your countrymen fall victim to the biggest bank heist in the history of the world. Jobs go down the tube, "predictably" - banks start foreclosures, "predictably" - the government steps in to offer assistance, not to citizens so much as to businesses, again "predictably" - hundreds of billions are "given" to the same people who screwed the American people out of untold billions - from the taxpayer's treasure chest!!!! You payed $200,000 for that $100,000 dollar home, you lost it and now it is listed for half that, $100,000 again you see. Now, while you probably think the $100,000 dollars lost is truly lost - it is not.

The bank that loaned you the money used a dozen strategies to negate that loss. The hedge fund or investment bank that bought that "paper" did similarly. The bigger banks and investors then were awarded billions more of YOUR money to get a stable footing - or buy back your house to rent, resell, or otherwise benefit from your pain. Let's go a step farther and say they actually use your taxes to payoff or otherwise influence the people who control the whole system. Does this sound like a fantasy? To conclude, let's assume others of the names mentioned help our "fantasy" here play out. 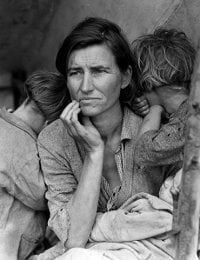 Take Monsanto's Hugh Grant, for instance. At a time when banks are closing their doors in America, when American taxpayers are forced to bail out the very wolves at their doors, Monsanto and companies like it doubled their profits. How this even possible? Their profit margins went up (PDF), not down? Just look at this list of most profitable companies in 2011. With half the countries in Europe flat broke, millions in unemployment lines, and currencies worldwide on the brink, just how do such profits even exist? And since we are touching on Europe, WikiLeaks documents point to Monsanto leveraging what's termed "retaliation" on the EU for resistance to Monsanto's biggest money maker, genetically altered seeds. This all somehow reminds me of the famous photo of Florence Owens Thompson (right)  and destitute pea pickers in the Depression. I wonder what the pictures will reveal of us in the future.

I'll tell you how, $122.1 trillion dollars funds a lot of the top 1%'s deals. What you witness when you observe so called "business acumen" in motion, is not in fact always business genius, but rather something more like criminal genius. You know, when the truth of this fantasy sinks in there's only really one chance for us ordinary folk, you know? Not so many get it really. America is flat broke as a country - worse than flat broke even - indebted beyond comprehensible figures.

(It gets real personal, don't it?) As I type this my partner just opened the latest in a series of "mystery tax bills", as I term them, form the various German entities. This latest one, about $1,000 "extra" dollars seems to somehow coincide with continual bad news of the euro. Maybe it's just coincidence, or maybe somebody is just seeing if they can milk us all dry.  Our only solace must come from the fact we are not alone. The image at bottom from the Greek Reporter, shows the travail of people in the country whose bonds were overvalued by Goldman Sachs. The real amazement for me is, the company is still in business.

3 comments on “A Short Rant on Ecomomic Disaster: The State of Fair Play 2013”