Several metro areas that lost out on the race to host Amazon's second headquarters are expected to see their home-value growth outpace the nation in the coming year, according to the 2018 Q4 Zillow Home Price Expectations Survey. 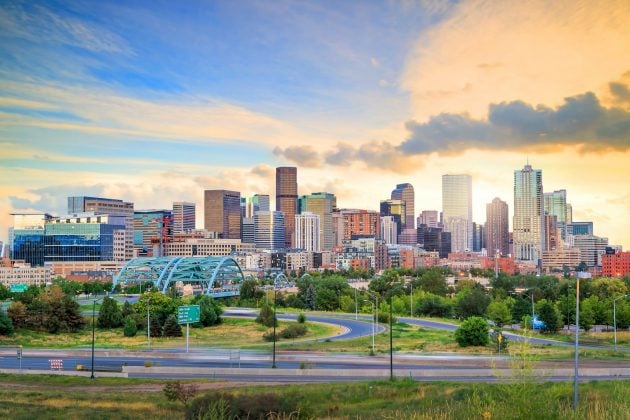 The quarterly survey, sponsored by Zillow and conducted by Pulsenomics LLC, asked more than 100 real estate economists and investment experts for their predictions about the U.S. housing market, including which three markets they believe are most likely to outperform the U.S., and which three are most likely to underperform in 2019.

Denver, Atlanta and Dallas ranked in the top three of the four markets most likely to outperform the national average rate of home value appreciation, with one of the winning cities,Washington, D.C., making up the quartet. All four cities were on Amazon's final list of 20 candidates before it selected the New York City and Washington, D.C., metros to split the planned headquarters. Boston and Nashville, two other HQ2 finalist metros, also made the respondents' top-10 list. Denver, Boston and Washington, D.C., so far this year have lagged behind the national average rate.

Las Vegas and Phoenix were the two non-HQ2 finalist markets deemed most likely to outperform the nation, followed by San Jose, where home values already have grown nearly 18 percent this year alone. Nationwide, home values have increased 7.7 percent through the first ten months of 2018.

The average expected home price appreciation rate for next year is 3.8 percent, down from 4.2 percent in the previous quarter. Also, the panel's expected annual growth rate over the next five years ticked down to 3.4 percent.

Last week, Zillow predicted areas that missed out on HQ2 would see more economic growth as other companies recognize the value in their proposals, led by investments from high-tech companies, as they are priced out of traditional tech hubs.

"Amazon ultimately selected two of the country's most prominent hubs of commerce for their second and third headquarters, but many of the candidate cities that were not ultimately selected could see spillover gains in 2019," said Zillow senior economist Aaron Terrazas. "The groundwork that they undertook to entice Amazon will also be attractive for smaller employers increasingly strained by high and rising costs in traditional tech hubs. As mortgage rates rise, communities that can offer affordable workforce housing and reasonable commutes are likely to be long-term winners and should expect their housing markets to outperform the nation."

But courting Amazon and its expected 50,000 jobs didn't guarantee a rosy 2019 outlook. Chicago, also on the HQ2 short list, was considered the metro most likely to underperform against the national market. Chicago has struggled relative to most other markets to recover from the housing bust over the past decade, with home values still more than 13 percent below their pre-recession peaks. Baltimore was just ahead of Chicago on the list of expected underperformers.

The panelists also were pessimistic about San Diego and Los Angeles, where home value growth has outpaced the national average over the past few years, but has dipped below the national average so far this year. An equal number predicted the San Francisco market to overperform and to underperform. All three of those California metros are vulnerable to rising mortgage rates, tax code changes and affordability concerns.