Yesterday the biggest settlement of the ongoing financial crisis was hammered out between bankers and loan buyers such as Fannie Mae. The civil settlements, to the tune of $19 billion forthcoming from the bankers, may signal the coming of the end for Federal regulatory probes.

One case involving some 10 banks was settled with regulators for the some of $8.5 billion. A second case, one involving Bank of America Corp. was cured with an agreement by the former leader in home mortgages, for $10.4 billion to be paid out to Fannie Mae (Timothy J. Mayopoulos, CEO below left). That giant loan buyer, for those not in the know, was later seized and supported by untold billions in taxpayer money.

The gist of these cases really boil down to Federal prosecutors laying off the criminal investigations, and focusing (or dealing) on the civil ones. While some are ecstatic that banks have accepted responsibility, others condemn the settlements as "too lenient" where Bank of America and others being held accountable goes. The trillions in losses suffered, some say, are not nearly rectified by these settlements. Paying back losses suffered by Fannie Mae, and buying back bad "paper", even still Bank of America will turn a profit for 2012 according to NBC News.

Relying on the old adage, "something is better than nothing" is not a dogma most Americans would clearly identify with or condone, should all that has been lost be revealed. On a personal level, those who lost their homes in the turmoil would not, nor should they, understand how an entity makes money after having contributed to so much loss. Losing everything on the individual level, does not sit well with profitability at the corporate level. Considering all that has transpired, and especially shady dealings such as were investigated of Lehman Brothers and even Ernst &  Young (allegations now dropped), it seems almost amazing the public is not outraged.

While the Wall Street Journal and others sew the seeds of renewed loan approvals on the heels of these decisions, it's going to be some time (if ever) for Wall Street itself to live down the uncertainty the collapse of 2008 caused. Calling irresponsible investing practice "alleged mortgage misdeeds", and taking a veritable handout in the billions in settlements, the logic simply has to escape most of middle America. 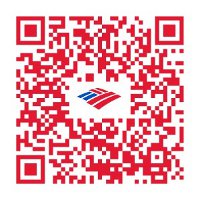 America's four biggest banks; Bank of America, J.P. Morgan Chase, Wells Fargo, . and Citigroup Inc. all signed off on an agreement to deliver aid to borrowers, and "do better" where speeding said aid is concerned. Meanwhile, intersecting news in the headlines from Bank of America shows diverging strategies to gather in more investment dollars. Bank of America became the first huge banking concern to enter into the so called private REIT game for clients of the bank. The Jones Lang LaSalle Income Property Trust, and other private funds, offer a lot less transparency than their public investment counterparts. This fact alone, for some observers, would seem to indicate B of A may not have learned much from the 2008 debacle.


It should be noted too, that in the last three years Bank of America has reached settlements to the tune of some $43.52 billion dollars for one case or another. This New York Times article reveals to an extent, the depth and breadth of the real estate bubble bursting, at least where Bank of America and their dealings with now notorious Countrywide Financial Corporation is concerned. A final note here, while trillions of dollars of investor and taxpayer funds seem to have evaporated, no one at Countrywide Financial, Bank of America, or any of the other principal players in these Federal investigations has admitted any wrongdoing.

Phil Butler
Phil Butler is a former engineer, contractor, and telecommunications professional who is editor of several influential online media outlets. Phil began his digital ramblings via several of the world’s most noted tech blogs, at the advent of blogging as a form of journalistic license.
A graduate of The College of Charleston, Phil also served in the United States Navy, and has worked for any number of Fortune 500 companies. Together with his wife and partner Mihaela Lica Butler, Phil also helped forge Pamil Visions PR into one of the most successful online PR companies in the world. His greatest accomplishments however involves being the best husband, father, and friend he can be.

One comment on “Bank of America - Settlements - Distance from Wrongdoing”