Bankrate's senior financial analyst, Greg McBride, CFA, talked recently about the 2013 mortgage rate forecast . Today RealtyBizNews spoke with McBride about the news as it applies to industry professionals and consumers. Bankrate projects interest rates to remain steady at between 3.5 & 4.0 %.

Last month Bankrate released their most recent forecast on mortgage rates, which outlined the Federal Reserve's continued vestment in mortgage backed securities. The moves, aimed at reducing the burden of unemployment on the economy, also has positive effects for those interested in buying homes, as well as those interested in refinancing for gain. Barring a slowed economy for whatever reason, very low interest rates are here to stay for the near future.

We spoke earlier today with McBride (below right) about the Fed, the so called fiscal cliff (the effects of the Budget Control Act of 2011), and the overall economy. McBride offered this with regard to the generalities of Bankrate's position:

“2013 will be favorable to home buyers and refinancers alike, with 30-year fixed mortgage rates staying between 3.5% and 4% for much of the year owing to the slow growth economy, high unemployment, and active Federal Reserve.” 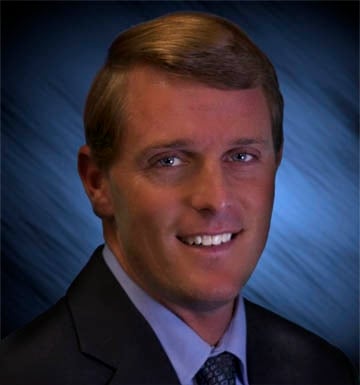 A "go to" analyst who has appeared on hundreds of financial broadcasts including NBC "Nightly News," CBS "Evening News," and ABC's "World News Tonight," Greg McBride provides not only in-depth commentary, but practical advice for consumers.

According to many experts, interest rate stability and the overall economy depends greatly on how well Congress deals with the potential negatives that can arise via the "fiscal cliff" harbinger. On top of these concerns, I spoke with the Bankrate analyst about overall economic issues, for one, consumer confidence and spending. Even despite these continual low interest rates, the seeming inability of the administration and lawmakers to instill confidence seems at the core of America's economic conundrum.

Regardless of actions by the Fed, which McBride pointed out at simply re-instituted past policies, investor and consumer confidences have to be shored up. In short, the biggest reason for the lukewarm economic recovery resides in infirmities from the problem solvers themselves, namely our own lack of confidence in decision-makers in Washington. Be that as it may, Bankrate and other analytics companies understand the public's purse strings (corporate too) remain very tight. But in ending our conversation this afternoon, McBride pointedly suggested those with the wherewithal to buy a home, needn't hurry to closing, he say's these rates are with us for a while (6 months out).

Even as I write this, various financial reporting entities are announcing both concern and tentative actions being considered by the FOMC where this bond buying actions are concerned. The minutes of the meetings back in December can be read here, and the video below of the press conference with FOMC Chairman Ben S. Bernanke, offer more insight into what Bankrate and McBride partially project from.

Meanwhile, from the BBC to the Wall Street Cheat Sheet reports suggest these same FOMC board members have concerns that spending upwards of $85 billion dollars a month buying these bonds may kindle an inflationary fire America and the world does not need. A last note, McBride actually commented on the basic physics of the economic situation in our conversation, the point of our discussion being how action on the part of the Fed or other regulators always leading to a counterpoint elsewhere. The take away here should probably be, the Fed using "same old" tactics, will not likely affect a big fiscal change.