Bidding wars are back on the rise in several housing markets, according to a recent analysis of 19 markets by the real estate brokerage Redfin. In March, Redfin real estate agents reported that 63.4 percent of offers written faced increased competition from other buyers. 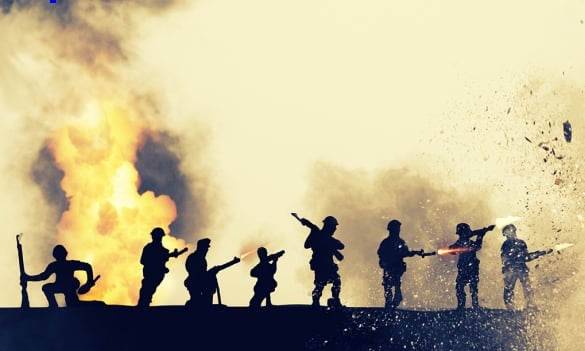 That is up from 58.7 percent in February, but bidding wars are still down from year ago levels. In March 2013, bidding wars peaked at 73.4 percent, according to Redfin’s report.

The most competitive market for buyers of the 19 markets evaluated in March was San Jose, Calif., where 89.8 percent of Redfin agents said offers faced multiple bids from other buyers. In San Jose, homes, on average, also sold for 13.8 percent above their list price, up from 5.5 percent above last year, according to the report.

Baltimore and Boston had the largest year-over-year increases in bidding wars, a rise to 50.9 percent and 75.9 percent, respectively.

On the other hand, San Diego saw the biggest drop-off in multiple offers, falling from 89.2 percent in March 2013 to 66 percent.

“Competition can still get intense, but because prices have risen so much, my clients and I try to be more discerning about how far we should go to win a home,” says Minni MacFarlane, a Redfin real estate professional in Orange County, Calif.

“The past two years we’d compete against people camping out in their cars or entering lotteries to win new homes. This year, a bidding war is more likely to drive the price of a home higher than it’s worth competing for, and I think it will be easier for us to walk away from a situation like that.”

2 comments on “Bidding Wars Are Back: Buyers Face Stiff Competition”