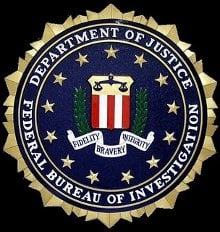 According to the FBI allegations, Gallardo defrauded investors back in 2007 - 2008 when she promised high rates of return on investing in her alleged real estate program. Rather than putting the investors' money into real estate, Gallardo told a U.S. District Court in LA, she spent the majority of their cash on mortgage payments, luxury travel, getting cash, and payback to earlier Ponzi "marks". Most of Gallardo's investors got the money to buy in from 401k accounts and mortgages on their current homes, at least according to the reports.

No news of exactly what Gallardo's plea arrangement entails have been announced, but she admitted to causing dozens of victims to lose some $2.245 million. Mos of her victims lived in California and Arizona. The maximum sentence Gallardo faces is 20 years in a Federal Penitentiary, and making restitution to all her victims.