Two of America's biggest banks have announced a temporary halt to foreclosure sales in several US states. Citigroup and Wells fargo said that the move was a precautionary measure after federal regulators made changes to guidance on the minimum standards applied to foreclosure transactions in the affected states. 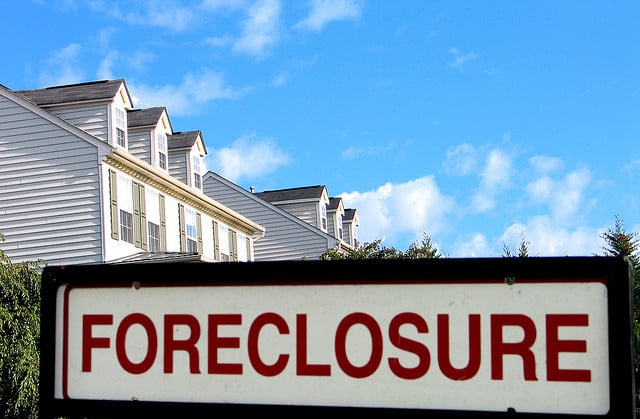 The new standards were announced by the Office of the Comptroller of the Currency (OCC), and introduce 13 new questions that banks need to answer before they can sell a foreclosed home, reports American Banker. Questions include whether or not borrowers have protection from foreclosure by bankruptcy, and whether or not borrowers have negotiated a loan modification arrangement.

JPMorgan also announced a temporary halt on foreclosure sales, only to quickly resume doing so.

The halt in foreclosure sales appears to be most evident with Wells Fargo, which has seen a dramatic fall in the number of such transaction. In addition, it's seen a big decrease in the number of sales currently being processed. Wells Fargo foreclosure sales in the states of Arizona, California, Nevada, Oregon and Washington have fallen from an average of 349 per day to just 10 per day, according to stats from Foreclosure Radar.

Speaking to American Banker, a spokesperson for Wells Fargo confirmed the bank's decision:

"Wells Fargo has temporarily postponed certain foreclosure sales while we study the revised guidance from the OCC," said the spokesperson

Officials from Citibank also confirmed that the lender was studying the new guidelines before resuming foreclosure sales.

Speaking on behalf of the OCC, Bryan Hubbard told American Banker that the agency wasn't responsible for slowing down or pausing foreclosure sales.

"However, if servicers are not certain they are meeting these standards, pausing foreclosures is a responsible and productive step," stated Hubbard.

One comment on “Citibank, Wells Fargo Halt Foreclosure Sales Due To New Rules”