The crowdfunding market in Switzerland reached a record high volume of CHF374.5 million in 2017, an increase of almost 3 times more compared to the previous year. Much of the increase is driven by investments in real estate and financing of SMEs.

The growth was monitored by the Lucerne University of Applied Sciences and Arts. Commenting on the study, report author Andreas Dietrich said “Professional investors increasingly perceive crowdfunding as an interesting investment. We expect the Swiss crowdfunding market to break the billion franc mark at the end of the year.” While this figure is high, Switzerland is approximately 2 to 3 years behind more advanced markets in the United States and the United Kingdom, but it is catching up rapidly. The crowdfunding market in Switzerland is divided into four segments. 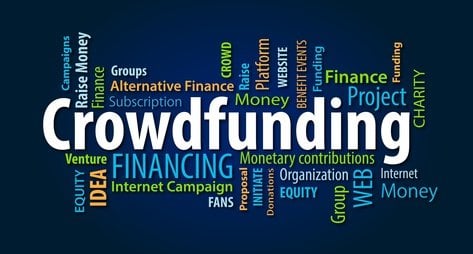 Crowd investing which is investments of equity or mezzanine capital in business start-ups or real estate accounted for CHF 135.2 million, an increase of 245%. Investors in this segment receive a share of the profit. The largest segment was crowd lending, accounting for CHF 186.7 million, a growth of 239% compared to the previous year. Crowdlending is used by individuals and businesses to raise loans and in return lenders receive interest payments.

The Swiss crowdfunding market has grown more rapidly compared to neighboring countries since 2015. It is gaining momentum due to new platforms and alternative business models which is helping it to catch up to more highly developed crowdfunding countries. By the end of April this year, 43 crowdfunding platforms had a physical presence in Switzerland, as well as several non-domestic platforms without an office. Although this number is quite high, the crowdfunding sector is dominated by just a handful of major platforms, a pattern that is expected to continue. However smaller and innovative niche players are expected to survive.

One comment on “Crowdfunding in Switzerland Reaches Record Highs”