Real Estate Marketing & Beyond
Home » Featured News » Is There a Real Dark Side of FDI in US Properties?
Double-click to edit button text.
X

Is There a Real Dark Side of FDI in US Properties?

In case anyone out there ever wonders which man gains from another man's loss, investment news from the UK tells part of this age old saga. Stonehage Investment Partners, advisers to some of Britain's wealthiest investors  comes right out and tells of portfolios built on the backs of US homeowner losses, everyone's losses for that matter. Seeing the overall picture, may be a revelation for some. What if there is a really dark side to Foreign Direct Investment (FDI) is concerned?

This news bit on Your Money dot com titled aptly; UK's wealthy investors pile into US real estate, may not appear as a revelation to some - or even be noticed for the matter, but you get bet your bottom dollar taking advantage in this case can be taken literally. With home prices in the US down by half, the conspiratorial mind has to be thinking about now; "Hey, who caused the housing crash in the first place?" Or more appropriately, "why?"

Stonehenge says roughly 8 to 10 percent of wealthy people's portfolios of investments there are now into American real estate. Of course Stonehenge and other businesses that help the ultra rich gain advantage, these are not directly focused on buying up your neighbor's foreclosed upon property, nor even the "paper" on your house - the method is a bit more round about than this. Indirect ownership of American properties is accomplished via funds and mortgage backed securities. Some big name players in the UK investment world are spotlighted via this document entitled Rich List 2010. 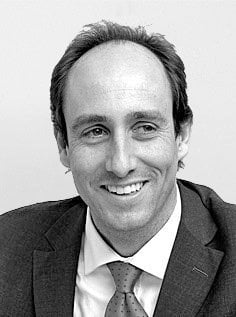 While investment banking and advisement is as you already know from Wall Street a complex and ultimately boring for most topic, any gain achieved at one end of the spectrum can generally be deducted from the other. In short, the 40% yield Stonehenge's Chief Investment Officer
John Veale (at left) spoke of in the aforementioned article? Well, just ask your banker if your house or rental office space is worth 40% more this year than it was last. You don't get the point yet? I know.

Remembering the movie and the book Rising Sun, I now recall seeing reports on "real" US investment from overseas about the time everybody in America was panicked over Japan buying up the country. The truth then and now was far from Japan buying the American dream, and China doing so now. While nobody can categorically paint the Japan scare as some diversionary tactic (even though it was), it helps the intelligent citizen to know who the real landlord is, at least in my book.

It may interest you to know that the United States actually received more foreign direct investment (PDF) last year than any three other leading industrialized countries combined. And, at the height of the so called Great Recession, FDI reached an all time high of some f $328 billion in 2008 according to the Department of Commerce Executive Summary published in 2010 (PDF). Only China received more inflows of investment than the US in 2011, and the Chinese outflow of investment in its entirety is less than half of what UK investors send abroad. Without looking at the tiny bits and pieces of UK economics though, perhaps the most significant figure to look at is "investment stocks" in UK as a percentage of their Gross Domestic Product. The chart below from the OECD is interesting at least.

As you can clearly see, other than Switzerland and Luxembourg (banking centers primarily) only the UK is more dependent on investing for survival. Finally, if you download the Investment Outlays to Acquire Established US Businesses from the US Bureau of Economic Analysis here, not only will you find the UK spends more acquiring American businesses, but that the BEA suppresses data about how much China spends. Even despite this suppression, it seems clear UK investors spend more than all the Asian countries combined snapping up American opportunity. According to the 2007 figures, some $56 billion.

Still, as I said before, the complexity of all this is staggeringly boring, and difficult to consumer. If one examines just UK investment flows even, funds going into the "Americas", versus what was taken out by UK firm subsidiaries there (PDF take note of negative investiture dogma), it almost seems like some sort of collections racket to a casual observer. Such money out, deflate economies, buy back at a bargain - or at least this could be argued. According to this Wall Street Journal report from the Summer of last year, as that time it was suggested nearly 5 million homes were lost by their owners to the Great Recession 2007 - 2012. Despite this, on the other side of the pond investors sip the world's most carefully prepared martinis.

We are working on our own figures as to how many businesses and commercial properties went into the "investment pool". But until then, perhaps the best "take away" here comes from Stonehenge's polling of New Year's resoluteness from venture decision makers. One in particular, David Charters of Partner Capital, somehow tells as much as any balance sheet about UK investors and taking advantage. His resolution was:

"To drink more martinis (U'luvka vodka, made by Allessandro at Duke's Hotel) and smoke more cigars (Coheba Maduros) than in 2012. Why? Because I deserve them."

One comment on “Is There a Real Dark Side of FDI in US Properties?”