The Federal Emergency Management Agency says that aid intended to subsidize housing costs for Puerto Ricans displaced by Hurricane Maria will expire at the end of this week. 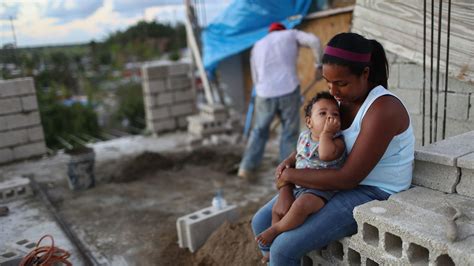 FEMA is still paying for hotel rooms for around 2,436 Puerto Ricans who fled the island for the U.S. mainland in the wake of the disaster. But those families could soon be evicted from their hotel rooms, unless a federal court intervenes.

FEMA’s aid program has already been extended several times, but if it lapses on Friday the government has said it will pay for the airfare for the refugees to return home. However, if the refugees decline that offer, they could well find themselves homeless.

“It’s a choice between the lesser of two evils,” said Peter Gudaitis, executive director of New York Disaster Interfaith Services, a nonprofit organization that has been assisting Hurricane Maria evacuees. “Stay here and be homeless, or move to Puerto Rico and be unemployed or have no home and struggle there.”

Hurricane Maria was classified as a Category 4 storm – the strongest kind – when it slammed into Puerto Rico last September. The damage caused was widespread, with much of the island left without power for months and thousands left homeless. It forced around 135,000 Puerto Ricans to evacuate the island, with most of them fleeing to the states of Flordia, Massachusetts and New York.

FEMA’s original aid plan was only supposed to last until April, but has been extended five times already. The Latino Justice advocacy group has filed a lawsuit in a bid to continue the aid, arguing that FEMA is planning to stop providing help without making any transition plan that would help the refugees find longer-term housing.