The idea of your home disappearing into a sinkhole is something that seems utterly horrifying, and the recent increase in this kind of event has the experts scratching their heads. 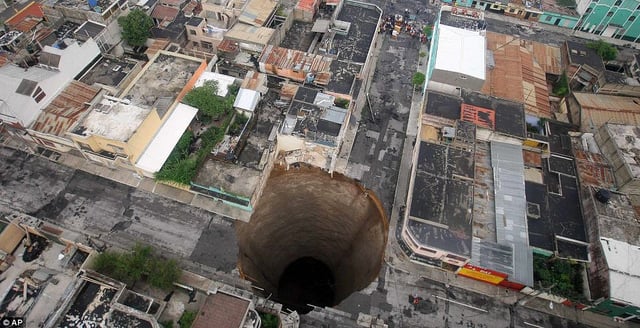 The problem is discussed in an article by CNBC, and scientists think it may at least partially be due to the fact that developers for extracting more water from the ground in order to develop land, or is down to water being pumped out for agricultural use. Apparently large areas of Florida are situated on limestone, and the stone can be dissolved by the natural acidity of water. However its presence also acts as a support. If it's removed then support is lost, and the problem can be exacerbated by heavy rains.

According to the experts in Florida real estate, the amount of development means builders are being forced to search for land further outside the cities. As a result homes may end up being built on sites that are less than ideal as developers struggle to meet the demand for competitively priced properties. This could make the sinkhole problem even worse in the future. It's very difficult for builders to know whether or not a sinkhole is likely to occur on a site, and even though they have to do some drilling in order to meet building codes this doesn't tell them whether or not a sinkhole will develop in the near future.

Insurance companies in Florida are required to cover homeowners against catastrophic ground collapse, and in recent years the number of insurance claims for damaged caused by sinkholes has increased significantly. In fact claims have increased so much that there are concerns that they could threaten the property insurance market in Florida. The costs for ensuring a home against sinkhole damage can vary dramatically depending on the location of the property. If the home is in an area that isn't considered to be particularly high risk then insurance can cost around $200, but this can easily increase to $2,000 for homes in higher risk areas.

Approximately a third of all sinkhole activity recorded in the last 50 years has occurred in the previous 13 years, and half of all that activity took place during the last three years. Not surprisingly, sinkhole remediation companies have seen an increase in business over the last five years, and point out the increase in activity could be down to a number of factors, and this is why it's so important to get an engineer to assess the area.

One comment on “Florida Development May Worsen Sinkhole Problem”